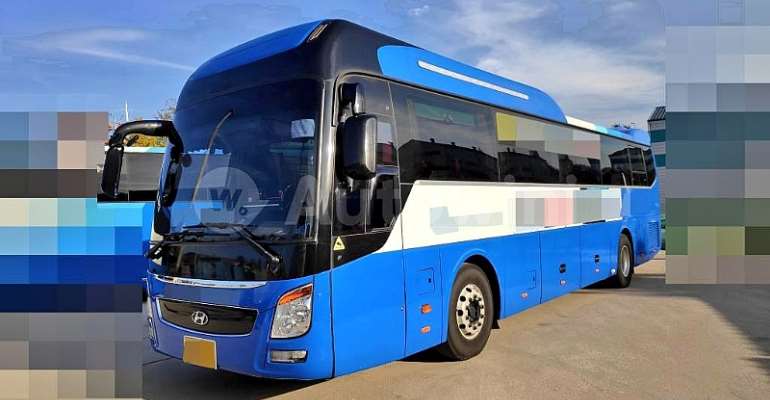 Ghana Premier League side, Hearts of Oak have finally secured a befitting 46-seater team bus for the team which will now make the club travel for away matches in its owned traveling bus.

The bus is currently undergoing branding and designing process which will comprise of the colours and other attributes of the club before finally handed over to the club when all is done.

Hearts of Oak new bus inside
The Phobians have come under stern criticisms by football lovers, its own fans as well as rival clubs for busing their players in virtually old and unsafe bus, endangering the lives of all who ever boarded it.

The arrival of the new Hyundai bus comes as a relief to not just the club officials, but the fans and especially the players who are direct users of the team bus.