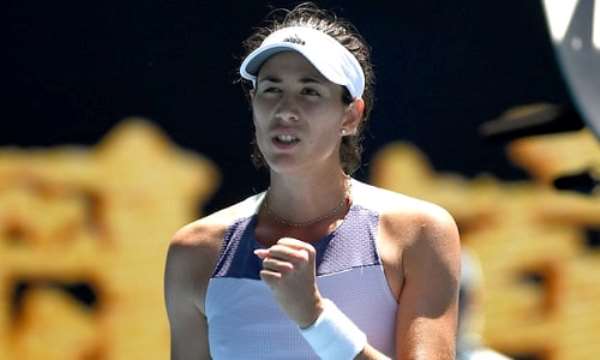 Garbiñe Muguruza set up an Australian Open semi-final showdown with fellow former world No 1 Simona Halep as they both look to add a third grand slam to their haul.

Currently ranked world No 32, both Muguruza and Halep are former Wimbledon and French Open champions. Halep has come closest to a title at Melbourne Park, losing the 2018 decider to Caroline Wozniacki in a three-set heartbreaker.

She fired a warning that she will not let another opportunity slip, needing just 53 minutes to oust Kontaveit in a flawless display. Kontaveit did not play that badly – only making 15 unforced errors – but Halep hunted down every ball and sent it back with interest.

"The Romanian said she was feeling stronger than ever. “I played my best game on court, I felt strong in my game, strong in my legs,” said the world No 3. “I worked a little bit more in the off-season - for the first time in my life I did the off-season away from home so I could be focused on what I have to do every day, no days off. That meant a lot for me and this year, I started very well and I am feeling much stronger than before.”

Muguruza, whose last major semi-final appearance was at Roland Garros in 2018, had a tougher time against Pavlyuchenkova.

The pair traded breaks early in the second set before 26-year-old Muguraza stepped up her play. A double fault by the Russian handed her opponent a 2-4 lead and she was never headed from there.

“Definitely I had adapted to the circumstances. Sometimes you don’t feel great but you got to fight and stay there and the first set was very hard,” Muguruza said. “I think it lasted like an hour. So it was a very important set and I’m happy I got it. I’m happy to play tomorrow. Don’t wait another day and excited to play here in my first semi-finals.”