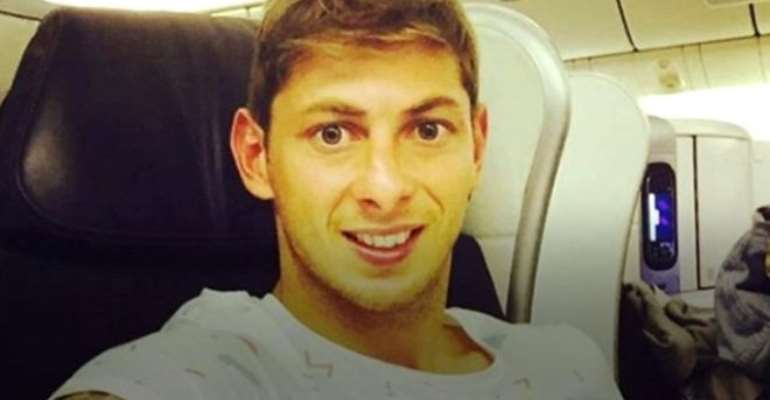 Cardiff City has passed on details to prosecutors in France to consider whether FC Nantes has a case to answer over the death of Emiliano Sala.

The Argentine, 28, and his pilot died when their plane from France to Wales crashed in the sea on 21 January 2019.

The Bluebirds have refused to pay a £15m transfer fee to the French club and said "sufficient evidence of wrongdoing" has been found.

Nantes said the club was "absolutely stunned" by the move.

The Piper Malibu N264DB carrying Sala and pilot David Ibbotson went missing over waters near the Channel Islands on 21 January. It took rescuers two weeks to find the wreckage.

The footballer's body was recovered on 8 February after a private rescue team took over the search.

The body of Mr Ibbotson, from Crowle in Lincolnshire, has never been found.

A report into the cause of the crash is expected to be published by the Air Accidents Investigation Branch (AAIB) before the end of March.

The AAIB has already revealed potentially fatal levels of carbon monoxide were found in Sala's blood.

An interim report into the crash revealed that, as a private pilot, Mr Ibbotson was not allowed to carry passengers for remuneration or financial reward.

He was also unqualified to fly at night due to his extreme colour-blindness.

Cardiff City have refused to pay any of the £15m transfer fee to FC Nantes, claiming it was not legally binding as Sala was not officially their player when he died.

But in September, world governing body Fifa ruled the club should pay the first instalment of £5.3m (6m euros) to Nantes.

Cardiff have challenged the ruling and a Court of Arbitration for Sport hearing in Lausanne is expected in the spring, with a judgement due to follow in June.

On Tuesday, the club issued a statement calling for an investigation by French authorities.

"CCFC has been clear throughout the past 12 months that a full investigation of the facts leading up to the tragedy is required," it said.

"Not only to fully understand what led to the downing of the Piper PA-46 Malibu plane, but to answer the wider questions that have been highlighted in this case, specifically related to the use of illegal flights in the football industry and the role of intermediaries in player transfers.

"As a result of our investigation we believe there is sufficient evidence of wrongdoing that necessitates investigation by the French authorities of those responsible for the arrangement of the transfer on behalf of FC Nantes and for arranging the doomed flight.

"We have therefore passed over information to the Parquet de Nantes to assist their efforts. We remain committed to establishing the full facts and adhering to any final decision on our financial liability in the transfer."

But Nantes criticised the Bluebirds over the latest move, saying it was "absolutely stunned by Cardiff's umpteenth attempt to exploit this tragedy".

Its statement added: "FC Nantes has always shown a very quiet attitude since the beginning of these events.

"FC Nantes has always acted in good faith, while Cardiff has made repeated attempts to destabilise public opinion with falsehoods.

"What clearly appears to be a media offensive is so inappropriate as we just paid our respect to Emiliano Sala in a few days and one day before the submission of Cardiff's memory deposit before the Court of Arbitration for Sport".