Opinion: Kobe Bryant Died An Inspiration To Many But Not All, And We Can't Ignore Why 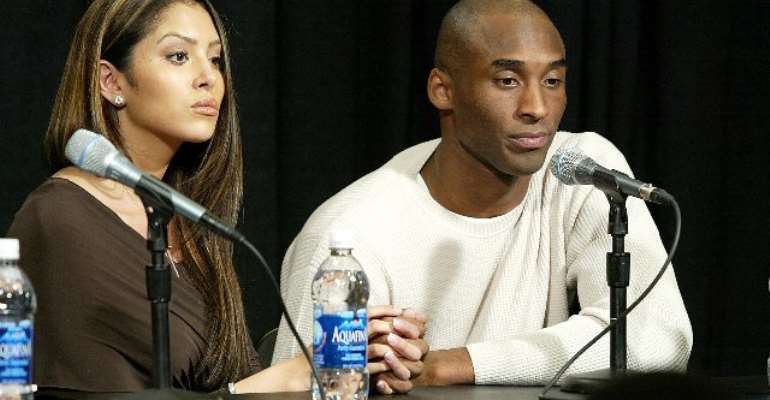 The world was shocked last weekend to learn that basketball superstar Kobe Bryant, along with his 13-year-old daughter, Gianna, and seven other people, had died in a helicopter crash on Sunday afternoon. The public mourning was immediate and intense. But as the surprise nature of the 41-year-old star's untimely death began to wear off — or at least began to slightly fade — the enormity of what had happened started to sink in. Kobe Bryant — Kobe Bryant! — was gone. There was sadness and remembrance and everything else that comes with the sudden loss of a celebrity figure. But one thing we don't seem ready for, at least not yet, is an actual accounting of the complicated public figure Kobe Bryant really was.

Specifically, the sexual assault case against Bryant nearly 20 years ago, in which he was accused of raping a hotel employee in Eagle, Colorado. As the world grieved, many, frankly, we're just not willing to talk about it. When Washington Post reporter Felicia Sonmez tweeted a link to a story about the case, she was widely attacked and, later, absurdly suspended by The Post for a possible violation of its social media policies. (This was particularly loathsome because Sonmez had previously faced backlash after reporting that she had been assaulted by a fellow journalist.).

The reaction to Sonmez's tweet was an extreme example, but it's probably safe to say anyone who has brought up this part of Kobe's legacy in any way, shape or form has faced some sort of backlash this week. I, myself, got considerable blowback simply for mentioning the case, in two sentences of a larger obit, for New York magazine. People do not want to hear it.

On the one hand, this is understandable. Bryant's death was unnerving, and he meant so much to so many people, both inside the world of basketball and outside of it. There is something that can feel crass and cruel about mentioning the worst moment of someone's life, something that happened nearly two decades ago, once that life has ended. In Bryant's case, the weekend's tragedy was compounded by his family's incredible loss: not only of Bryant, but of Bryant's teenage daughter.

But there are important reasons to talk about Bryant's legacy — as complicated as it was. Not just because the sexual assault accusation, and the ramifications of it, highlight how far we've come (or haven't come) since 2003. It's relevant to Bryant's positive impact, as well. In many ways, his life and career can actually be divided right down the middle: before the incident and after it.

Before the victim filed her accusation with police in 2003, Kobe Bryant was considered by some the golden boy of the NBA, often to a fault. His Lakers had won three consecutive championships, thanks in large part to Bryant's sometimes-uneasy partnership with Shaquille O'Neal. Bryant was only 24 and seemingly well on his way to surpassing the number of NBA titles won by his idol, Michael Jordan. Bryant was incredible but seen almost as too safe, too cautious. He desperately wanted to be Jordan, and everyone knew it. He released a rap album that was widely panned for being too radio-friendly and generic. Even his home life was seen as square; he proposed to girlfriend Vanessa Laine while she was still in high school — sans prenuptial agreement, which Bryant reportedly rejected because "he loved her too much" — and his parents were so upset that they skipped the wedding. (Bryant also missed the 2000 Olympics for the ceremony.) 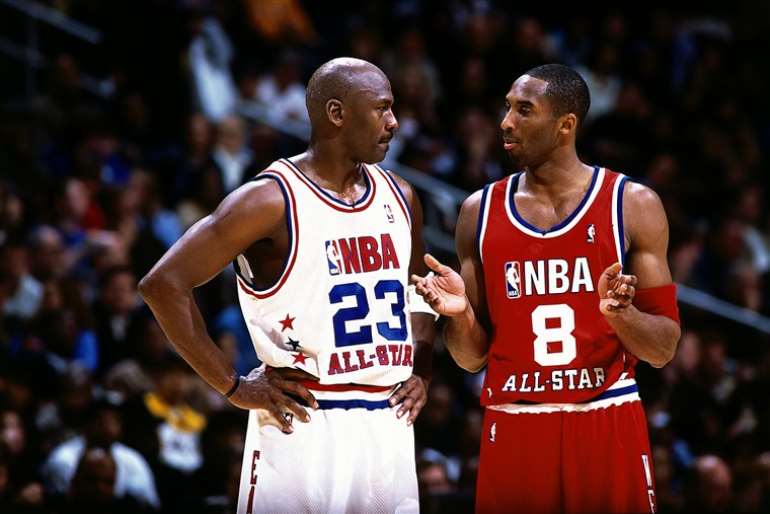 - Kobe Bryant talks with Michael Jordan during the 2003 NBA All-Star Game in Atlanta.

Then came the allegation. Bryant's life, at first, seemed to implode. The golden boy fell out of favor. Endorsers dropped him en masse (save for Nike, which simply put a pause on his shoe line); cable networks covered the case obsessively; he didn't play for the Olympic team in 2004. Longtime whispers about his self-indulgence and arrogance inside the Lakers organization became shouts; Phil Jackson famously called him "uncoachable" in his autobiography.

Bryant denied the assault accusation. The charges were ultimately dropped because his accuser refused to testify — one has to think in large part because of what Bryant's lawyers did to her, including claiming she'd had multiple sexual partners the night of the attack and calling her desperate for publicity because she'd once auditioned for "American Idol." After the charges were dropped, Bryant released this statement: "I want to apologize to her for my behavior that night and for the consequences, she has suffered in the past year. Although this year has been incredibly difficult for me personally, I can only imagine the pain she has had to endure."

Next, Bryant's PR firm and sponsors began working overtime to reconstruct his reputation. And a large part of that effort, as it turned out, was up to his wife, Vanessa. She had just given birth to their first child and made several public appearances with Bryant to show her support for him, including a famous news conference at Staples Center. (She also released her own statement.) Vanessa Bryant became a public figure in her own right: the wronged wife, the supportive partner, the beleaguered but dedicated mother. Although she filed for divorce in 2011 — anonymous sources cited infidelity — they reconciled.

Bryant also eventually settled a civil case with his accuser, for a reported $2.5 million. His sponsors returned, and he returned to the limelight and his stardom. But it was different. And he was different. He seemed to embrace a certain amount of villainy among opposing fan bases that he had resisted before. Less eager to be an all-things-to-all-people star, Bryant adopted his "Black Mamba" persona, a single-minded basketball assassin determined to destroy you at all costs. He also won his first MVP award, led the Lakers to two championships without his old partner/nemesis, O'Neal, and established himself as the face of the NBA's signature franchise — one that left O'Neal in the dust and looms over LeBron James to this day.

But there was more evolution in store. As Bryant's career began to wind down, he seemed to become more thoughtful off the court, in ways that would have seemed impossible earlier in his career. Fined by the NBA after having used a homophobic slur during a game, he didn't respond by doubling down; instead, he changed his behavior, worked on educating others and was ultimately part of the league's pro-LGBTQ You Can Play project.

Bryant also became more politically active, including going after President Donald Trump. As his daughters grew older, he became a champion for the WNBA and a coach of his daughter's team (named after himself, of course).

This evolution didn't somehow cancel out the rape allegation, and for all his maturing, Bryant never did do right by his victim. His continued popularity (and his unwillingness to talk about the case) was seen by some as a sign that, even in the era of #MeToo and Times Up, fans will still forgive their favorite athletes if they are scoring baskets for them (and the abuse isn't caught on camera).

It's hard to know whether that last argument is true. But it's clear that you cannot talk about Kobe Bryant's life, his career or his legacy without talking about all of it. Ignoring the allegation, or pretending that it shouldn't be spoken about when discussing his life and his death, doesn't just do a disservice to the victim and other victims and their advocates; it arguably eradicates the pivotal event of Bryant's life and career. Kobe Bryant died an inspirational figure to many — but certainly not to all. It's not rude or uncouth — or worthy of death threats or suspensions — to talk about why.