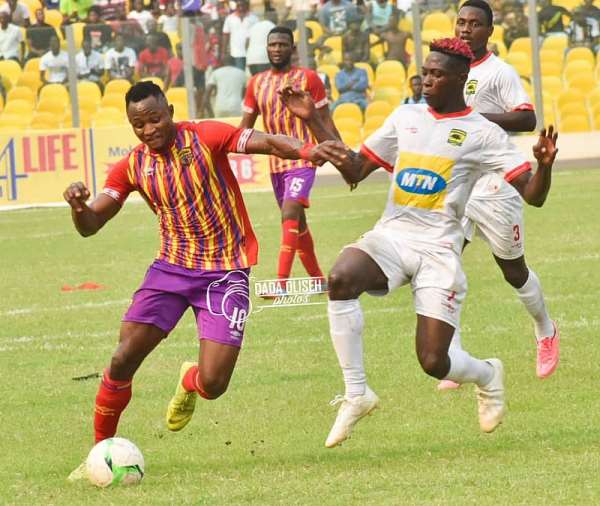 Accra Hearts of Oak pocketed a whopping GH₵361,449 from the gates, after their sixth-week league game against Asante Kotoko at the Accra Sports Stadium on Sunday.

This was after Value Added Tax (VAT) deductions, payments to the National Sports Authority (NSA) for the usage of the facility and the Ghana Football Association (GFA) - organisers of the match.

Information gathered by the GNA Sports indicates that a gross of GH₵7,261,388 was made at the gates after the initial count of the proceeds.

The amount realised represents the highest in recent times after the Kotoko- Cotton Sports continental game at the Baba Yara Sports Stadium.