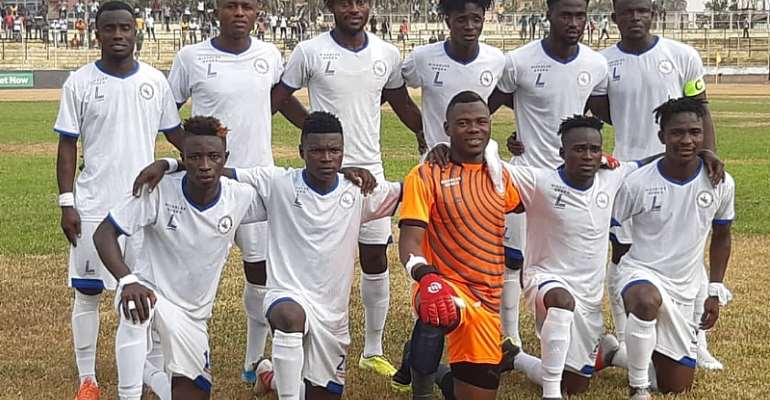 In-form midfielder Emmanuel Owusu has revealed that it is his target to help his Berekum Chelsea side win titles following their impressive start to the 2019/2020 Ghana Premier League season.

The Berekum-based club is currently top of the League after playing 6 matches. In that run of outstanding performances, they have defeated giants Hearts of Oak, Asante Kotoko, as well as Ashanti Gold.

Last weekend, Chelsea drew one-all at home with Aduana Stars in the Bono Derby in a Match Week 6 fixture of the season, remaining the only unbeaten side in the competition.

In an interview with Koforidua-based Bryt FM on the back of Berekum Chelsea’s performance in the Ghana Premier League, midfielder Emmanuel Owusu says he wants to stay fit to ensure he gets to feature in all the remaining matches.

“My target is to play all the matches for my club in the GPL and make a good name for myself. I want to do more for my club so we can win laurels”, the hardworking midfielder shared.

Emmanuel Owusu has played a part in all of Berekum Chelsea’s 6 matches and has established himself as one of their best players. He is expected to be in action next weekend when the team takes on Bechem United.