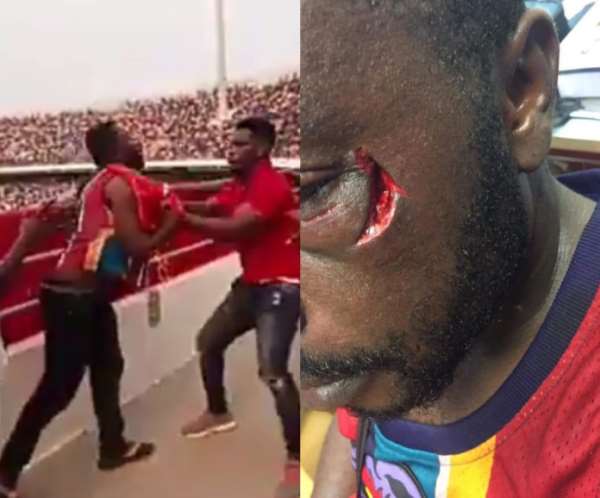 President of the Ghana Boxing Authority (GBA), Lawyer Peter Zwennes has confirmed that boxer Patrick Allotey has been summoned before the Disciplinary Committee of the body for assaulting a Kotoko supporter during their clash with Hearts of Oak last Sunday.

In a video that has gone viral, the WBO Africa Super Welterweight champion is seen having a confrontation with a supporter of the Porcupine Warriors identified as Michael Siaw who was jubilating.

Allotey ends up throwing punches and subsequently leaves a deep cut wound on the supporter close to his eye, forcing him to seek medical attention.

Speaking to Oyerepa FM on the disturbing matter, GBA President Lawyer Peter Zwennes has noted that Patrick Allotey will appear before the Ghana Boxing Authority disciplinary committee next week.

According to him, the conduct of the boxer was inappropriate and the necessary sanctions will be given to him.

“The boxer will appear before us next week on the video. We see it as inappropriate and the needful will be done”, Lawyer Zwennes said.

In a development to the story, a remorseful Patrick Allotey has issued a press statement to apologize for his actions.