Kobe Bryant: Investigators Work To Determine Cause Of Crash 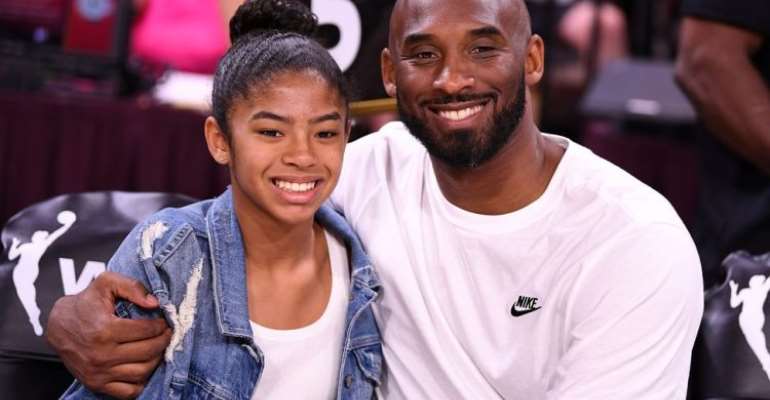 US investigators are working to determine the causes of the helicopter crash that killed basketball star Kobe Bryant in California on Sunday.

Investigators are expected to focus on the weather conditions, which were foggy, and on any mechanical failures that may have occurred.

Bryant was considered to be one of the greatest players in the game’s history.

He was a five-time NBA champion for his only team, the Los Angeles Lakers, and a double Olympic gold medallist. He retired in April 2016.

Tributes from fans, fellow basketball players and other public figures have been pouring in from around the world while fans congregate at a makeshift memorial for the player in front of the Lakers’ Staples Center in Los Angeles.

The NBA cancelled a game between the Lakers and the Clippers scheduled for the stadium on Tuesday.

What will investigators focus on?
Investigators from the Federal Aviation Administration (FAA) and the National Transportation Safety Board (NTSB) are gathering in the area to launch separate crash investigations.

The federal agency has a team of about 20 people in LA and will work with the FAA, the helicopters’ manufacturer and the company that made its engine, the Washington Post reports.

Investigators began searching through the wreckage on Monday. The FBI is helping the NTSB’s staff document the scene, which is standard procedure.

Conditions were foggy when the flight took off, and local police had grounded their helicopters due to the poor weather.

The pilot asked air traffic controllers for a special clearance, known as Special Visual Flight Rules, to fly in less than optimal weather, said NTSB board member Jennifer Homendy, who went to the crash scene to collect evidence.

The helicopter, she added, circled in the air for 12 minutes before being given the clearance. The pilot then asked controllers for “flight following”, an assistance given to helicopters to avoid collisions, but was told the craft was too low to be picked up by radar.

Minutes later, the pilot said he was “climbing to avoid a cloud layer”, she added. The helicopter climbed and began a left descending turn, according to radar data, before communication was lost “consistent with the accident location”.

Pilots can experience “spatial disorientation” when they fly in cloudy conditions, due to the lack of visual input, Thomas Anthony, director of the USC Aviation Safety and Security Programme, told the BBC.

“That’s why it’s necessary to use the [flight] instruments, which give you an artificial horizon.”

However, he added that it was “never one thing that causes an aircraft accident”, and investigators would need to look into “what things came together to result in this tragic mishap”.

The S-76 is a “well evolved, sophisticated aircraft that is used widely around the world”, he said, adding that it had two jet engines, which gave it capability even if one stopped working.

Ms Homendy said debris was spread out over about 500ft (150m) with the tail and the main rotor having separated from the fuselage, calling it a “devastating accident scene”. She added there was no cockpit voice recorder, known as a black box, as there was no requirement for it.

Why was Kobe Bryant travelling by helicopter?

Bryant had been on his way to coach his daughter’s basketball team in a local youth tournament.

He was known for taking his helicopter to beat traffic in Los Angeles.

He says this is due to the lack of road pricing- as well as the fact that LA has “the urbanisation and economy of a city, but the zoning and layout of a suburb” – which means residents cannot avoid driving, but the volume of traffic on roads is high.

According to research firm Inrix, drivers in Los Angeles lost an average of 128 hours to congestion in 2018.

The journey, from Bryant’s home near Newport Beach to Mamba Sports Academy in Thousand Oaks, would take just over an hour without traffic – but can take more than three hours when congestion is bad.

Who else was in the helicopter?
Coroners have recovered three bodies so far, but the victims have not been officially identified.

Family members and colleagues however said John Altobelli, coach of the Orange Coast College baseball team, was among the passengers, along with his wife Keri and their 13-year-old daughter Alyssa – who played with Bryant’s daughter, Gianna.

Christina Mauser, a basketball coach at Gianna’s school, was also on board, her husband wrote on Facebook.

US media have cited family tributes being paid to another victim, Sarah Chester, and her daughter Payton, who are said to have also been on board the helicopter; and Ara Zobayan has also been named as the pilot.

Why was Kobe Bryant so famous?
A five-time NBA champion, Bryant played his entire 20-year career with the Los Angeles Lakers before his retirement in 2016.

His achievements include being the 2008 NBA Most Valuable Player (MVP) and two-time NBA Finals MVP. He was also NBA scoring champion twice and a two-time Olympic champion.

When Bryant scored 60 points in his final LA Lakers game

He famously scored 81 points against the Toronto Raptors in 2006, the second-highest single-game total in NBA history.

He also won an Oscar for best short animated film in 2018 for Dear Basketball, a five-minute film based on a love letter to the sport he had written in 2015.

Bryant and his wife, Vanessa, have three other daughters, Natalia, Bianca and Capri.

Italy has said a minute’s silence would be observed at all basketball games “in every category for the entire week”. Bryant spent part of his childhood in the country as his father played in the Italian basketball league.

Bryant was accused of sexual assault in 2003 by a 19-year-old woman working at a Colorado resort. He denied the allegation, saying the two had consensual sex. The case was dropped after the accuser refused to testify in court.

He later apologised, saying he recognised that “she did not and does not view this incident the same way I did”. A subsequent civil suit was settled out of court.