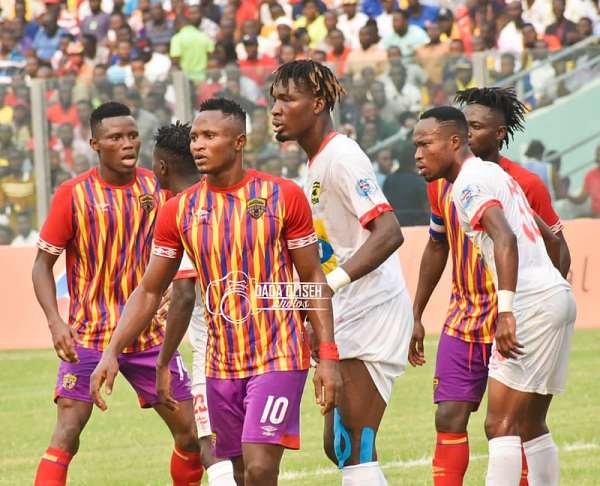 Coach Maxwell Konadu has lauded Hearts of Oak describing them as a club that can beat any Ghana Premier League (GPL) side.

Hearts of Oak were hoping to continue their fine form against archrivals but suffered a 2:1 defeat to Kotoko on Sunday at the Accra Sports Stadium in the matchday six fixtures.

According to Konadu, the Phobians have a formidable team and with the performance they put up yesterday, they pose a bigger threat to every club in the GPL.

"Hearts have a very strong team. They can beat every side in the league with this performance. They started the game playing better football in a 4-3-2-1 and caused us problems. I was admiring their play. But then something happened to their play and that's when the game switched to our advantage...''

Goals from Justice Blay and Naby Keita's late strike for Asante Kotoko earned them a slim victory over arch-rivals Hearts of Oak in the Super Clash played on Sunday.

Kotoko moved to the fourth position with 12 points on the 2019-20 championship standings after the win and they host Liberty Professionals in their next league game.

Hearts, on the other hand, will hope to bounce back when they play as guests to Dreams FC.