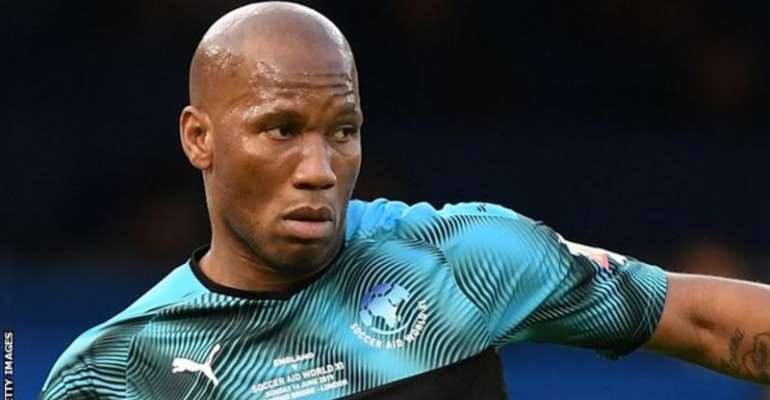 Former Chelsea striker Didier Drogba will join other former players in a charity football match to raise money for the Australian bushfire appeal.

The FootballForFires match will take place at Sydney's ANZ Stadium on Saturday, 23 May.

Past Australia players who will take part include Mark Bosnich, John Aloisi and Simon Colosimo.

"The thoughts of the entire football family have been with the victims of these terrible bushfires over the past few weeks," said Johnson.

"We now have this important opportunity to harness the power of our global sport to raise funds to assist in the re-build of our local devastated communities, and honour the brave men and women who have put their own lives at risk during this unprecedented natural disaster."

Since September, blazes have killed at least 30 people, destroyed over 2,000 homes and burnt through 10 million hectares of land - an area almost the size of England.

Proceeds from ticket sales and donations from the match will be used to help football clubs affected by the fires across Australia.

Meanwhile, the Coalition of Major Professional and Participation Sports (COMPPS) in Australia have joined forces to announce a long term recovery plan for communities affected by the bushfires.