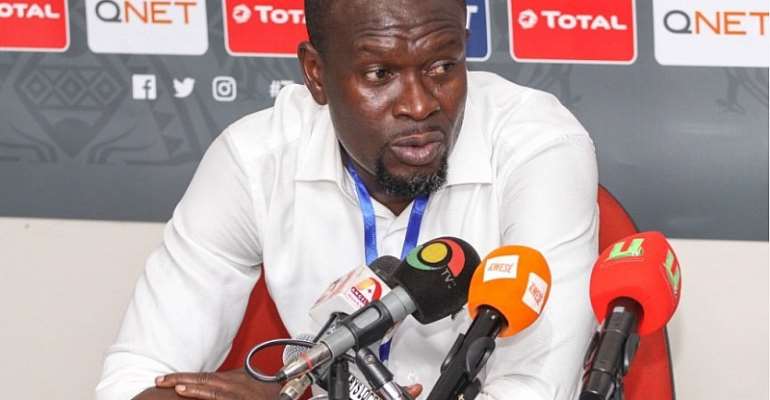 The Ghana Football Association has charged CK Akunnor to win the 2021 Africa Cup of Nations (AFCON) in Cameroon.

Akonnor was named as the head coach of the senior national team on a two-year deal.

George Amoako, who is the chairman of the Black Stars management committee told the media in the GFA first meet the press session in Accra on Monday.

According to him, the target set for the former Kotoko trainer is to win the ultimate in Cameroon.

“We have been to the AFCON several times and the target is simple to lift the trophy and it requires the support of everybody.

"It has been set by all Ghanaian. It is the wish of every Ghanaian to see the Black Stars win the Africa Cup of Nations after a long wait. Winning the AFCON would be a difficult task and it would require the effort f everyone to make this work,” he said.

Ghana have failed to win the Africa Cup of Nations (AFCON) since winning it 1982 in Libya.

Ghana have also been drawn in Group G of the 2022 FIFA World Cup qualifiers with South Africa, Zimbabwe and Ethiopia.

BoG, IGP clash over attack on bullion vans
22 minutes ago