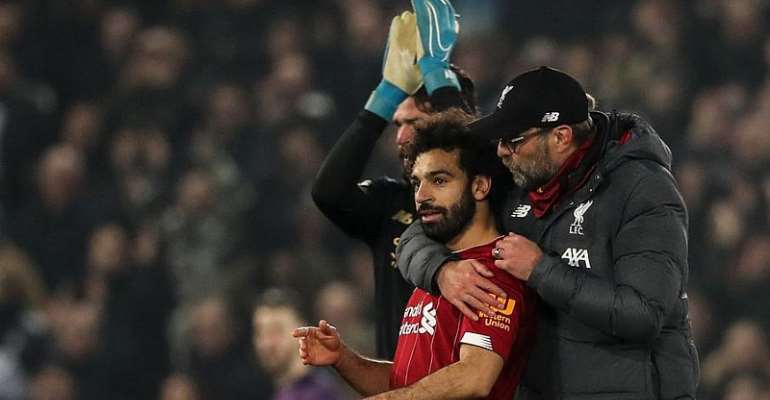 Premier League leaders Liverpool will face Chelsea in the FA Cup fifth round if Jurgen Klopp's understudies win their replay against Shrewsbury.

Third-tier Shrewsbury fought back to draw 2-2 with Liverpool on Sunday, earning a replay at Anfield that falls during the Premier League winter break.

Reds boss Klopp insists he will not use his senior stars for that match because he doesn't want to deny them a much-needed rest.

To earn a trip to Stamford Bridge, Liverpool may play the youngsters who were beaten by Aston Villa in the League Cup quarterfinals while the Reds were at the Club World Cup.

FA Cup holders Manchester City have been given a trip to second-tier Sheffield Wednesday.

Manchester United will visit the winners of the replay between Northampton and Derby, who feature former United star Wayne Rooney in their squad.

Oxford's reward for a replay victory over top-flight Newcastle would be a trip to Championship leaders West Brom.

League One side Portsmouth will face Premier League opposition at Fratton Park after being drawn against Bournemouth or Arsenal.

Southampton or Tottenham will play host to struggling Norwich, while either Coventry or Birmingham face a short trip to Leicester.

Championship sides Reading and Cardiff will battle it out in a replay for the chance to host Sheffield United.