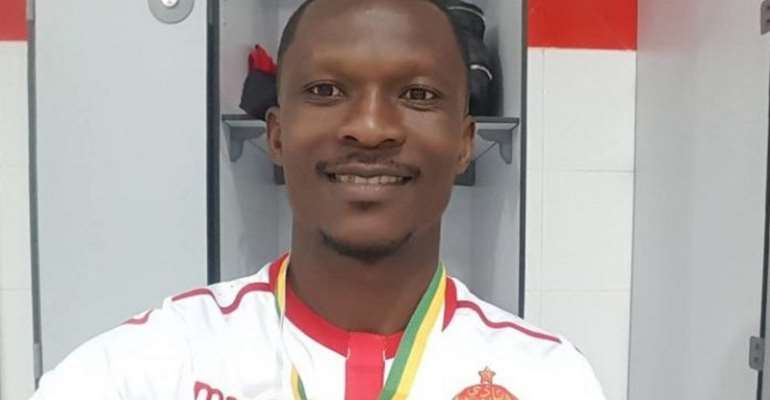 King Faisal have confirmed the arrival of Daniel Nii Adjei and Mike Akuffo from Asante Kotoko as the Kumasi-based club fight and are expected to make the debut for the club according to the Communications Director of the club.

The two players with no doubt bring a wealth of experience to the club and are expected to help the club escape relegation.

After six matches played, Faisal are at the 17th position with three points.

Nii Adjei, 30, is a former winner of the CAF Champions League and CAF Confederation Cup during his stint with T.P. Mazembe, having previously won three Ghana Premier League championships and two Super Cup titles with Kotoko.

Akuffo, 23, is a also well-travelled, having played in Lebanon and Finland.

During his stint with Kotoko, the defensive midfielder won three back-to-back league titles with the Porcupine Warriors.

Awal Mohammed, who speaks for the club in an interview with GNA Sports confirmed the arrival of the two experienced midfielders would boost the confidence of their relatively young teammates and lift the burden off the shoulders of 17-year old Charles Adu-Gyamfi, Frimpong Boateng and Latif Mohammed.

“We are likely to feature the two midfield players in our upcoming matches as the technical team is satisfied with their output since joining the club,” the Faisal PRO noted.

Faisal could unleash the midfield duo against struggling Inter Allies when the two sides clash at the Accra Sports Stadium with the visiting side chasing their first win of the season.