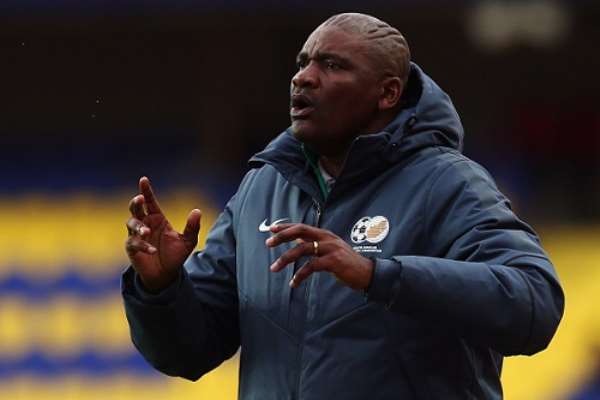 Coach of Bafana Bafana of South Africa, Molefi Ntseki, sees Ghana’s Black Stars as their major threat to qualifying to the next World Cup slated for Qatar in 2022.

The South Africans have not made any appearance at the Mundial since hosting it in 2010 and the coach reckons that in order to break that jinx they must beat the best in the group.

South Africa were drawn in Group G alongside Ghana, Zimbabwe and Ethiopia for the qualifier to the world’s biggest football gathering and Coach Ntseki believes Ghana are the only side standing on their way.

“In order for us to qualify for the World Cup, we have to beat the best”, the Bafana Bafana trainer stated after the draw with the Black Stars as his main target.

According to him, they were expecting to play any of the top teams as well as some of the poorly ranked ones but playing Ghana would mean playing them in three more games having been paired in the same group for the Africa Cup of Nations qualifiers (AFCON).

“We went to the draw expecting to draw a top 40 or top 10 team, and we got Ghana, whom we have to play against in a round-robin format that sees us playing them four times (with three matches remaining after Bafana lost 2-0 to the West Africans in the first Afcon qualifier),” Ntseki said.

“The remaining matches will be tough because we have to plan well for each and every game. Ghana being ranked sixth in Africa, we are fully aware that to qualify for the World Cup, we have to beat the best.”

Avoid greed, dishonesty and hypocrisy in galamsey fight – As...
9 minutes ago