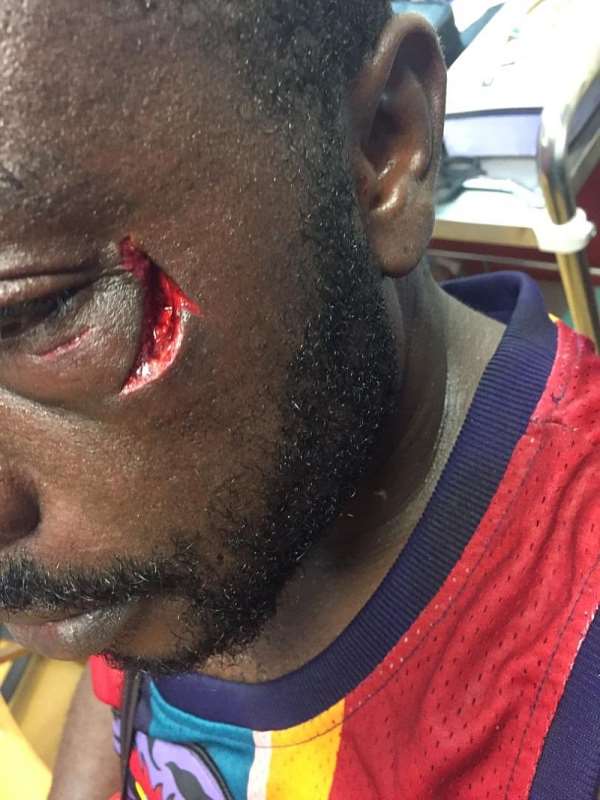 Ghanaian boxer Patrick Allotey exhibited unprofessional behavior on Sunday afternoon when he beat up a Kotoko supporter during the team's Super Clash with Hearts of Oak.

The disturbing incidence happened at the Accra Sports Stadium where the two most successful clubs in the country locked horns in a Match Week 6 fixture of the ongoing 2019/2020 Ghana Premier League season.

In a video that has hit the internet, Patrick Allotey is seen in a range mood as he engages in a tassel with a fan wielding an Asante Kotoko flag.

While it is unknown what heightened the anger of the boxer, he ends up giving the supporter punches to his face, leaving him to fall to the ground.

Patrick Allotey later walks away with other spectators at the stadium heard shaming the act.

It is expected that the Ghanaian boxer will be sanctioned by the Ghana Boxing Authority (GBA) in line with their rules and regulations which bars boxers from throwing punches outside the ring.