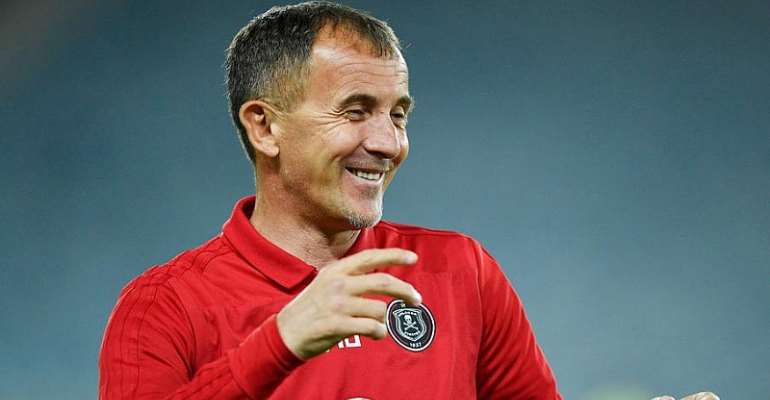 The Football Association of Zambia (FAZ) have confirmed they are closing in on the signing of former Orlando Pirates tactician Micho Sredojevic as the country’s new head coach.

Sredojevic is expected in Zambia this week to complete a two-year contract, after FAZ’s initial preferred candidate, ex-Bloemfontein Celtic coach Veselin Jelušic, was rejected by the country’s sports ministry.

South African Serame Lestsoaka was then part of a technical group tasked with identifying the best candidate for the role, and they have now lined up Sredojevic, who was axed by Egyptian side Zamalek in November.

“The Technical Committee forwarded its recommendation to the FAZ executive committee that narrowed it down to the final choice that was Micho. Once the name was picked on January 20, 2020, it was then forwarded to the ministry of sports for approval,” FAZ said in a statement.

“Correspondence was duly sent to the ministry with the FAZ delegation following up with a physical appearance on January 22, 2020.

Sredojevic’s first matches in charge will be home and away against Botswana in the 2021 Africa Cup of Nations qualifiers in March.