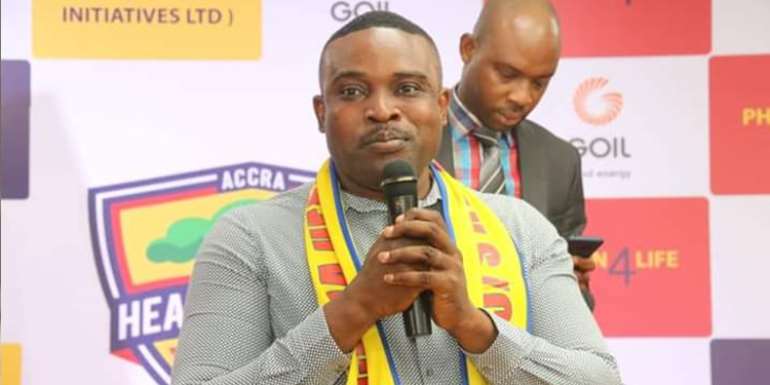 National Chapters Council Chairman of Hearts of Oak, Elvis Hesse Herman Junior has reiterated that his side are still capable of winning the 2019/20 Ghana Premier League.

The Phobians suffered a 2:1 defeat to Asante Kotoko at the Accra Sports Stadium on Sunday in the matchday fixtures.

Justice Blay broke the deadlock on the 11th minute, However, in the second half of the game, Hearts of Oak levelled his side up in the 67th minute before Naby Keita cemented the sin for the Porcupine Warriors by converting a late penalty in the 89th minute.

In an interview with Kumasi based FOX FM, Mr Herman maintained that they will not give up on their hopes of fighting to win the league adding that they will also travel to Kumasi beat Kotoko.

"Not at all, if we say we will win the league unless of course, we lose focus on the fact that we are playing over 30 matches.

"We can still win the league, we can also come and pick the 3 points in Kumasi easily," he added.

#FixTheCountry campaign goes international with over 500,000...
23 minutes ago