Kotoko Players To Pocket GHC2000 Each After Hearts of Oak Win 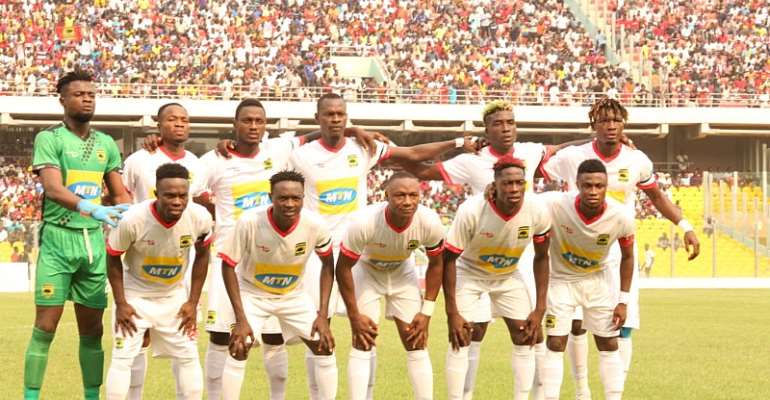 Executive Chairman of Asante Kotoko, Dr Kwame Kyei has rewarded each player GHc2000 as winning bonus for beating Hearts of Oak on Sunday.

Kotoko defeated their sworn enemies Hearts of Oak on Sunday at Accra Sports Stadium by 2-1 in the matchday six fixtures.

Midfield dynamo, Justice Blay opened the scores for the porcupine warrior with a deft header with the back of his head in the early stages of the game.

There were two further goals in the second half first with a routine short corner headed home by Joseph Esso after the initial ball had hit the post.

Very late into the game, Kotoko won a late penalty which was duly converted by Guinean import Naby Keita to give Kotoko all three points.

Speaking to the players late on Sunday night, Executive Chairman, Dr Kyei of the club honoured his promise and outlined new juicy bonus packages to the team.

''Yesterday, I promised you that I would do something special. Your winning bonus was 400 but I have reviewed it to 2,000,'' Dr Kyei disclosed at the team's hotel.