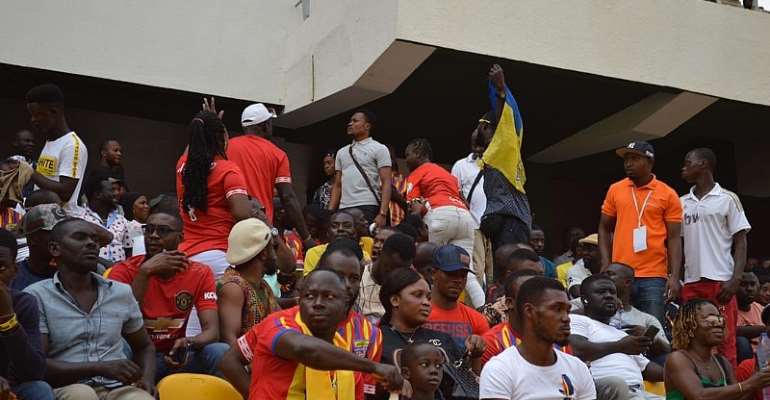 Asante Kotoko left Accra with all the three points against their bitter rivals, Hearts of Oak at the Accra Sports Stadium on Sunday.

The Porcupine Warriors stunned the capital club by 2:1 on Sunday in the matchday six fixture of the Ghana Premier League.

Earlier in the 11th minute, Kotoko’s Justice Blay, who was adjudged the best player of yesterday’s match, had soared above his markers to nod home a beautiful free-kick outside Hearts vital area.

The second half saw both teams introduce new players as they continued to probe for goals, but it was not until the 63rd minute that Hearts brought their fans onto their feet through a sublime goal scored by Joseph Esso whose header caught Kwame Baah in post for Kotoko flat-footed.

However, an 88th-minute penalty converted easily by Naby Keita of Kumasi Asante was all that the Porcupine Warriors needed to claim the maximum points.

After the game, supporters of Hearts of Oak were upset with the decision of the referee [Justice Eshun] to award a late penalty to Kotoko.

A fan was seen chasing the car of the referee but with the protection of police officers at the area, the fan was stopped from hurt the referee.

Below is the video...