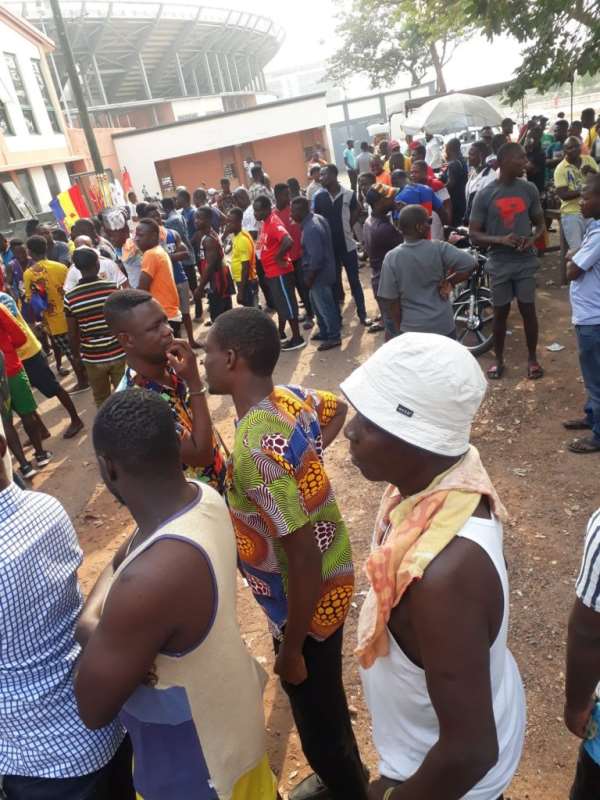 Ahead of the Super Clash between Accra Hearts of Oak and Kumasi Asante Kotoko in the Ghana Premier League today, fans have been queueing since morning to get their tickets.

The two most successful clubs in the history of the West African country will renew their rivalry at the Accra Sports Stadium in the first leg of the biggest fixture on the Ghana Premier League calendar.

As early as 08:00GMT today, supporters of both clubs including neutrals had already queued at the Tickets office at the stadium ready to buy their tickets to enter the stadium.

With the history between the Phobians and the Porcupine Warriors, supporters all over the country have trooped into the capital city to support their clubs to ensure they bag 3 points at the end of the match.

While there is bragging rights also at stake, it is expected that the Accra Sports Stadium will be filled to capacity with the stands painted with colours of both clubs.

The titanic encounter between Hearts of Oak and Asante Kotoko will kick off at 15:00GMT this afternoon.

Below is a video of fans queued outside the standings to buy tickets for the clash.