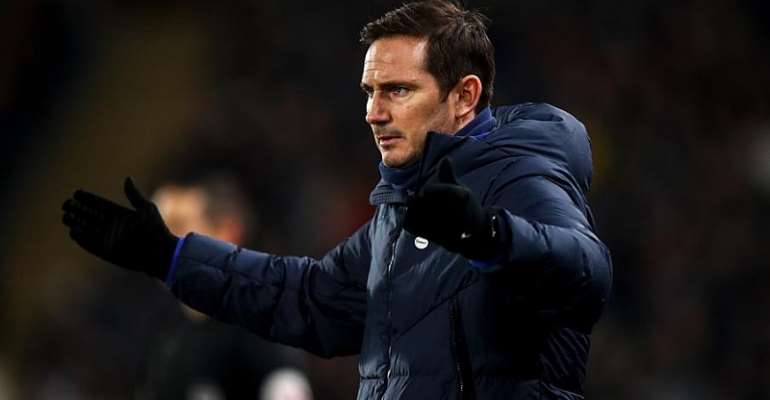 Frank Lampard called on Chelsea to back him in the transfer market after his side edged into the FA Cup fifth round with a 2-1 win at Hull on Saturday.

Lampard has bemoaned Chelsea's failure to kill off defensive opponents throughout his first season in charge and he believes signings in key attacking areas are the solution.

The Chelsea manager watched his team take control at second-tier Hull thanks to Michy Batshuayi's early strike before Fikayo Tomori's header doubled the lead after halftime.

But the Blues should have been further ahead by that point after squandering several chances and Kamil Grosicki's late deflected free-kick for Hull set up a tense finale.

Chelsea survived but the inconsistent performance underlined Lampard's belief that new recruits are needed after his club were unable to sign players to replace Eden Hazard, who joined Real Madrid during the summer window when the Blues were serving a transfer ban.

"It's a big test coming up for us. It's clear we've got a punishment where we couldn't bring in players and we lost one of the biggest players in our history (Hazard)," Lampard told BT Sport.

"We lost ground last summer so now we need to (sign players), to challenge for top four.

"For me it's clear. The recruitment when you've missed a window in the short term is very important and we need to get it right.

"There is no movement to speak of now. The money of it is not my job but I have to be honest and truthful."

In the meantime, Lampard knows it is his job to get the best out of his current players, but he showed his frustration as he discussed their latest misfiring display.

"We work hard in front of goal and it is not coming off for us. It is going to define you. I feel like a broken record. We have the larger share of possession and shots on goal but not making those count," he said.

"My job is to work every day on the training ground with the players. Can we get better?"