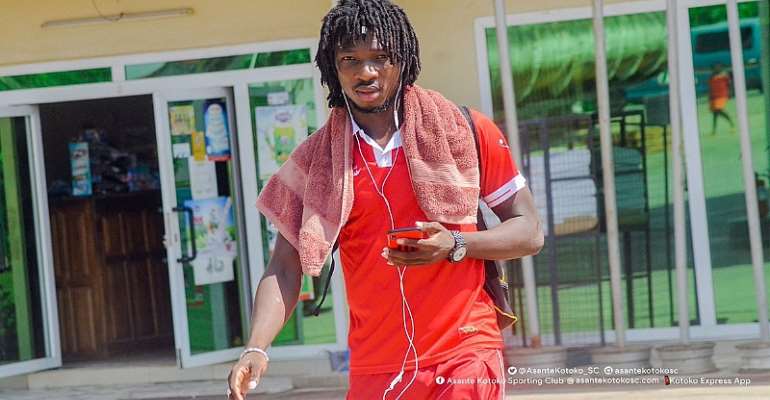 Manager of Songe Yacouba, Jesse Jantuah has revealed that Ashgold and Hearts of Oak are all interested in signing the striker.

The 28-year-old has made the headlines following Dr Kwame Kyei’s revelation that the club will not be able to meet the financial demand of the Burkinabe international.

Speaking to Nhyira FM in an interview, Mr Jantuah said Yacouba has been on the radar of Hearts and Ashgold adding that he does not care pushing him to play for King Faisal.

"Ashgold and Hearts of Oak are all in line to sign Songne Yacouba and I'm even going to talk to Alhaji Grusah to find a spot for the boy in his team King Faisal. We know that the crowd will follow Yacouba when we go to King Faisal.

"The thing is very dicey and it depends on FIFA and the GFA because of the FIFA KMS, Yacouba was registered on the 23rd of February but was registered by the GFA on the first of April so we will wait for the April first," he added.

Meanwhile, rumor has it that Legon Cities FC is willing to pay the asking price of Songne Yacouba for his services.