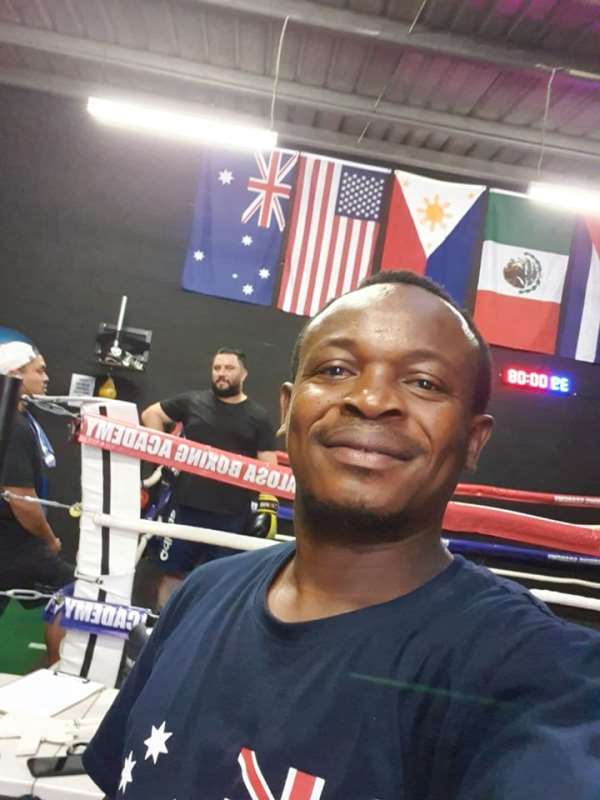 Australia based Ghanaian boxing coach, Theo Edwin Addo has commended organisers of the Bukom Fist of Fury Boxing League for launching the second edition of the innovative concept that is helping to put Ghanaian boxers in shape.

The CEO of Akotoku Boxing Promotion & Management (ABPM) who is also an executive member of the Ghana Boxing Federation (GBF) praised Lawyer Moses Foh Amoaning and his team for involving the chiefs and inviting the Ga Manste Nii Teiko Tsuru II to launch the 2020 edition of the boxing league at the MJ Grand Hotel.

Currently supporting the Penalosa Boxing Academy in Prospect, Seven Hills in Australia, Addo believes Ghana Boxing is still respected and there are many prospects that the nation can look up to.

According to the experienced boxing trainer, the first edition of the Fist of Fury Boxing League was successful, and hope the second leg will be very competitive with the inclusion boxers from the other regions joining their Greater Accra counterparts.

He hinted that Akotoku Boxing Academy is competing in the Boxing League and they are looking forward to win all their bouts and get the opportunity of joining the Black Bombers, the national boxing team.

“This is an Olympic Year, and I pray that most of my boxers will make it into the Black Bombers team, and go and win at the African qualifiers in Senegal,” he said.