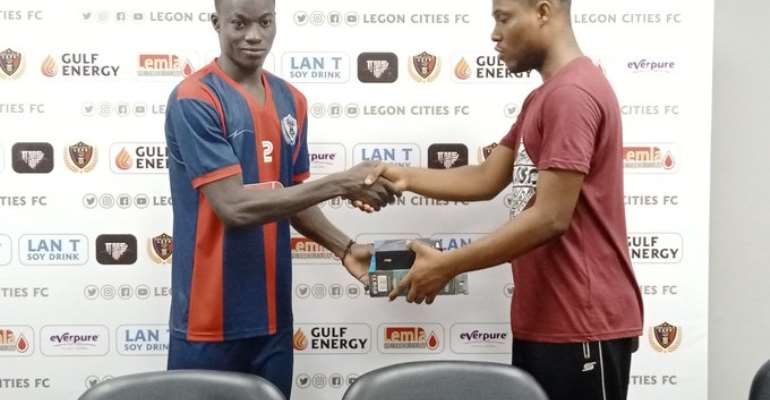 The defender has had a good start to the op-flight season where he has established himself as one of the best performing players under manager Goran Barjaktarevic.

In a Match Week 6 fixture of the campaign yesterday, he was in his usual elements and scored directly from a free-kick after 4 minutes into the first half to hand Legon Cities FC a narrow 1-0 win at the Accra Sports Stadium.

At the end of the game, Abdul Karim Jabila was awarded as the Nasco ‘Man of the Match’ for his impressive display as he takes home a brand new smartphone as well as a clipper.

This is his second award of the season with his first coming a couple of weeks ago and when Legon Cities FC drew goalless with Ashanti Gold in Accra.

Bishop Dag apologises to Otumfuo over 'offensive' sermon
6 minutes ago

There's power in a father's encouragement – Pastor Otabil
6 minutes ago