Solskjaer: Klopp Had Four Years, I Need Time Too 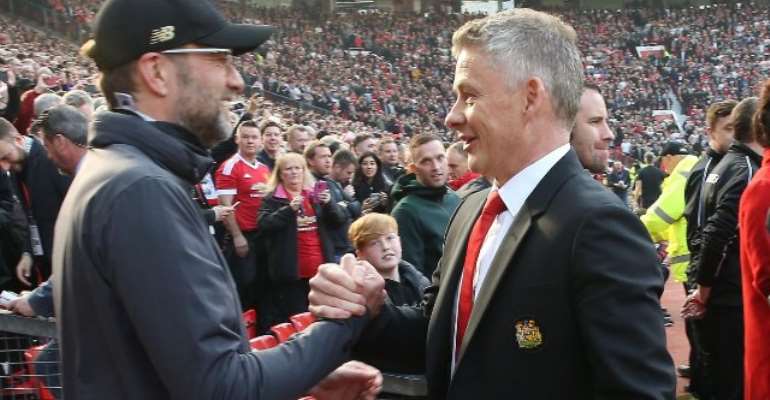 Manchester United manager Ole Gunnar Solskjaer has pointed to his Liverpool counterpart Jurgen Klopp as an example of what can be achieved when a manager is given time.

Solskjaer is under pressure at United after back-to-back defeats to Klopp’s Liverpool and Burnley, the latter of which resulted in the fans at Old Trafford booing the team.

The result means they are six points behind fourth-placed Chelsea and thirty-three behind leaders Liverpool.

Solskjaer was asked whether or not he felt that United needed to enter the transfer window in January in order to strengthen the squad.

"For me, we do have a way of doing things,” Solskjaer replied

"Of course you can see other teams have done well. Jurgen [Klopp] spent four years building his team and they're doing well now. I've said it so many time, it's not going to be a quick fix."

"It's not going to be eight or 10 players in, in one transfer window. We've had one proper transfer window in the summer because the January ones are difficult. But we are trying to do something now."

Despite the poor results Solskjaer was insistent that he wasn’t going to adapt his methods and would keep trying to implement changes for the long-term.

"When you start on something you stick to that plan, for me anyway,

"I'm not going to change six, eight, nine or 10 months into getting the job and start believing in a different way of doing things.

"I'm going to stick to what I've been trusted to do by the club and hopefully that will be good enough, and that they can see what we're doing is right.

"It's one of these jobs that… we know how football is nowadays, but all my conversations with the club have been positive."

United will travel to Tranmere on Sunday in the fourth round of the FA Cup before facing rivals Manchester City in the second leg of their Carabao Cup semi-final clash.