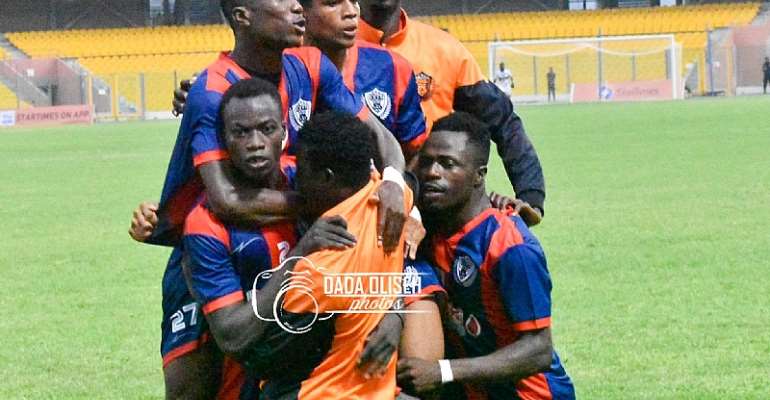 Legon Cities FC has defeated Bechem United 1-0 at the Accra Sports Stadium this evening to record their first win of the ongoing 2019/2020 Ghana Premier League season.

The home team has had a difficult start to the season after failing to record a win in their first five matches of the season. They went into today’s match on the back of 3 draws, and 2 defeats from the previous matches.

Coming up against a Bechem United side that had already won three matches, Legon Cities FC was not fancied by many to bag all three points today.

At the end of a pulsating encounter sandwiched by a performance from Ghanaian rapper AMG Medikal however, the rebranded Wa All Stars club has cruised to their first win.

A good start to today’s clash under floodlights saw Abdul Karim Jabila scoring from a free-kick after just four minutes into the first half to shoot Legon Cities FC into the lead.

They managed to hold on for the next 86 minutes of nervy action to ensure they eventually emerged as one-nil winners, taking home all 3 points that is expected to boost their position on the league standings at the end of the matchday.