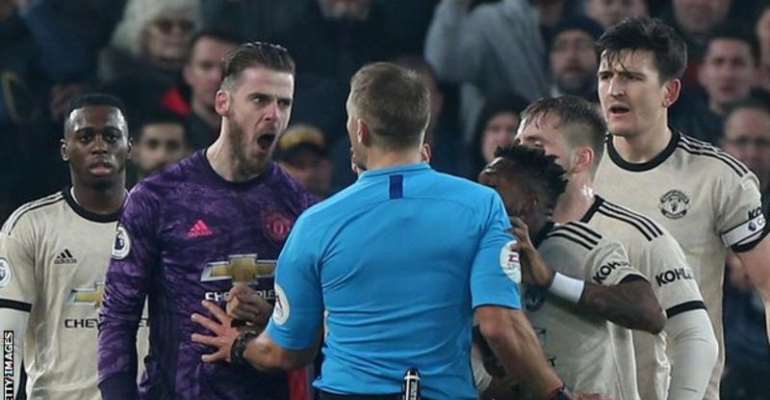 Manchester United have been fined £20,000 for failing to ensure their players "conducted themselves in an orderly fashion".

Pawson had allowed a goal by Robert Firmino, with Liverpool leading 1-0.

But a foul in the build-up caused the video assistant referee to rule it out.