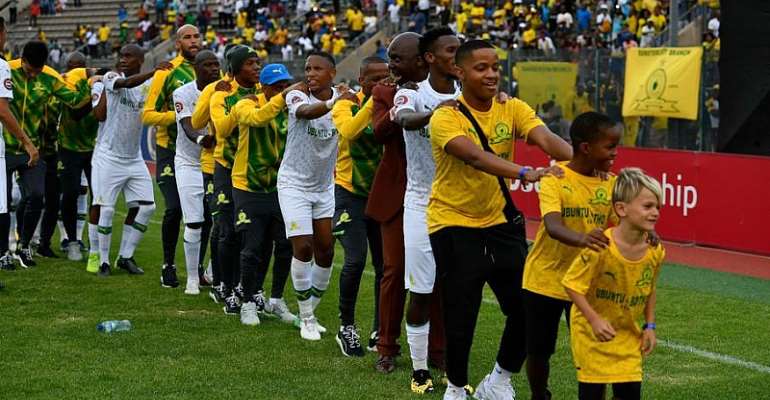 Mamelodi Sundowns will be out to continue their dominance of Group C in the Caf Champions League when they face hosts Petro de Luanda at Estadio 11 de Novembro on Saturday.

The Angolan team come into this clash sitting at the bottom of the standings, having taken just two points from four matches thus far.

Their last Champions League outing was a 2-2 draw at home to Wydad Casablanca on January 11, in which they came from behind to lead 2-1 – with goals from Herenilson and Dany – only to concede a second-half equaliser to the Moroccan heavyweights.

'Os Tricolores' could be out of the running for a place in the quarterfinals by the time the match begins on Saturday: they need Friday night's clash between Wydad and USM Alger to end in a draw or a win for the Algerian team; a home win would see WAC join Sundowns in advancing.

The South Africans will be confident of continuing their fine form in Group C, with their last continental match a 2-1 home win over USMA earlier in the month which secured a spot in the quarterfinals. Thapelo Morena and Sibusiso Vilakazi scored the goals.

'Downs are also fresh from a 2-1 domestic win over Tshwane rivals SuperSport United last weekend, while Petro were held 0-0 by Wiliete in the Angolan Girabola to extend their winless streak to three matches across all competitions.

When the teams met earlier in the group stage campaign, at Loftus Versfeld Stadium in November 2019, Sundowns claimed an emphatic 3-0 win thanks to goals from Mauricio Affonso, Motjeka Madisha and Sphelele Mkhulise.

Ivorian referee Kalilou Traore will be in charge of the clash in Luanda on Saturday afternoon.