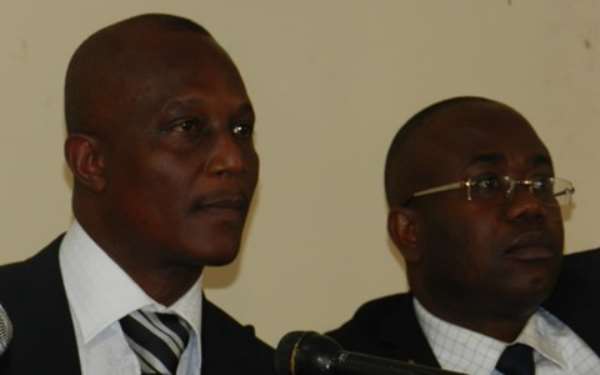 Former Black Stars coach, Kwesi Appiah has rubbished reports that Kwesi Myantakyi imposed players on him during his days with the Black Stars.

Multiple reports emerged that the former Ghana Football Association president and the then Executive Committee Members of the FA were dictating for the 59-year-old as to which players he has call for national team assignment.

The former Al Khartoum manager was accused of not being firm on his call ups to the national team.

Kwesi Appiah was shown the exit as the Black Stars following Ghana’s poor output at the 2014 FIAF World Cup in Brazil.

However, he was reappointed in 2017 as a replacement of Avram Grant.

In an interview with Kumasi based Oyerepa FM ahead of the launch of his book ‘Leaders Don’t Have To Yell’, he dismissed those reportage insisting that he was also fair in his player selection.

“I did my best to get the right players to play for the national team,” he said.

He also reiterated that he has no regret about any decision he took during his day as the head coach of the team.

“I have never regretted any decision I took as black stars coach,” he added.

Kwesi Appiah lost his position as the head coach of the senior national team following the dissolution of the technical teams for the national teams.

CK Akonnor who was drafted into the team as an assistant coach in October 2019 ahead of Ghana’s 2021 Africa Cup of Nations doubleheader has been named as the head coach of the Black Stars on a two-year deal.

The former Kotoko coach will be deputized by David Duncan.