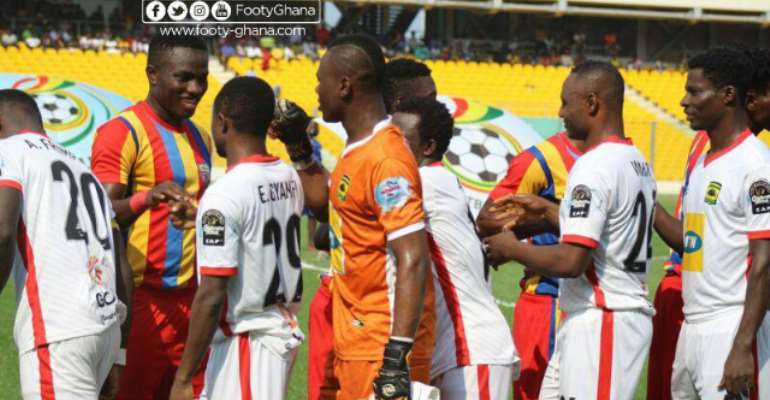 The Phobians host their sworn rivals on Sunday in matchday six of the Ghana Premier League at the Accra Sports Stadium and Abbey who once captained the Accra-based club to beat Kotoko says his former side would approach the game with no special attention.

Hearts have hit top form despite having a slow start to the 2019/2020 Ghana Premier League, winning two matches against Liberty Professionals and Ebusua Dwarfs and drawing goalless against WAFA in Sogakope.

Kotoko, on the other hand, have won just a single game in their last three games, they lost at home to Berekum Chelsea and Medeama SC before beating Dwarfs 2-0 last Sunday.

"However, I’m cautioning the players to be wary of the nature of the game and overturn the assertion that Kotoko are favourites at the Accra Sports Stadium.

"Putting club sentiments aside, I believe Kotoko are favourites in the game but I don’t think they can win considering precedents.

"It is difficult predicting these games because of the spiritualities involved, the ninety minutes will decide the winner,” he concluded.