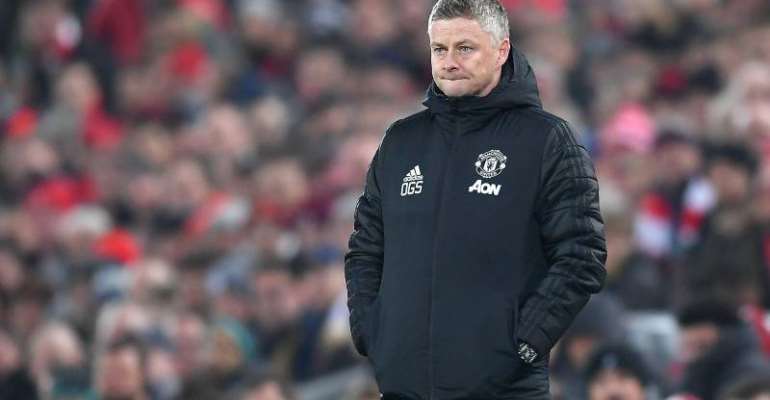 Ole Gunnar Solskjaer says Manchester United were "not good enough" in their 2-0 home defeat against Burnley.

The Reds were booed off at both half-time and full-time and large parts of Old Trafford emptied with five minutes to go.

United have now lost more games than they have won since Solskjaer was appointed permanent manager in March.

"There are loads of thoughts through my mind," Solskjaer said. "Now, one of disappointment. We hold our hands up."The defeat is United's eighth league loss of the season and they lie six points off Chelsea and Champions League qualification.

It is the second time they have lost back-to-back games in Solskjaer's tenure.

"The players are giving everything, they have done absolutely fantastic so far this season but they know it wasn't good enough tonight," he said.

"The boys looked mentally tired towards the end, we didn't find that creativity.

"We can't feel sorry for ourselves. When you are at Man Utd you are privileged because you are playing for the best club in the world.

"Sometimes you go through periods like that and it is a test I am sure they are going to come through."

'We have got our targets'
United are without England forward Marcus Rashford with a stress facture of the back, leading to speculation that the club may look to recruit before the transfer deadline on 31 January.

Solskjaer confirmed United "are looking to improve" their squad before the deadline.

"We have got our targets," the Norwegian said. "This is our second defeat at home and first since August. I thought we had turned that corner.

"We have started a clear-out and now I am going to be answering these questions until it [transfer window] closes. We are working on things.

"For me the most important thing is we have to perform on the pitch. Tonight wasn't good enough for a Manchester United team."