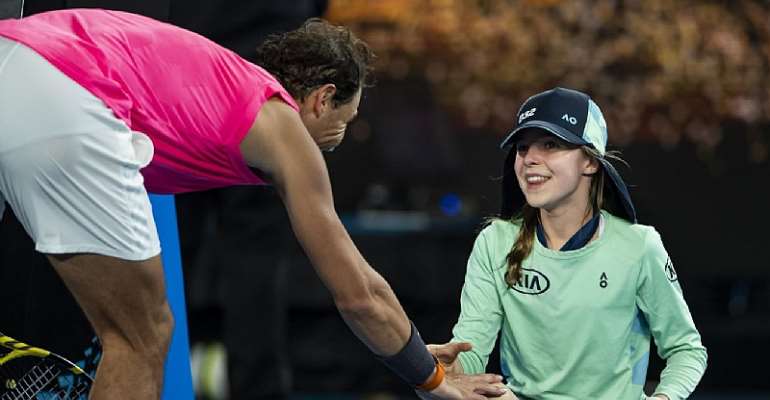 Rafael Nadal admits he was "so scared" after a wayward return struck a ball girl in the face during his Australian Open second-round win.

The Spaniard rushed over to the net to check she was OK, with the 2009 champion kissing her on the cheek before returning to the baseline.

He soon sealed a 6-3 7-6 6-1 win over Argentina’s Federico Delbonis to reach the third round, gifting his headband to the ball girl before celebrating on Rod Laver. 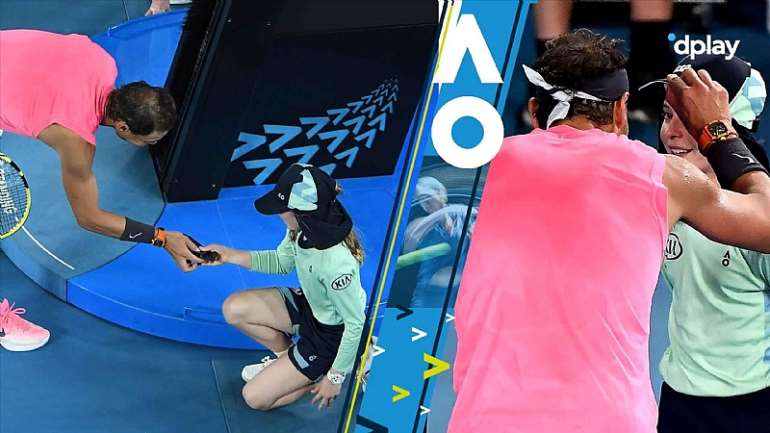 "For her, it was probably not a good moment," Nadal told interviewer Sam Groth on court.

"The ball was quick... so she’s a super brave girl. It’s one of the more scary moments I’ve had on a tennis court because the ball was straight on the head." 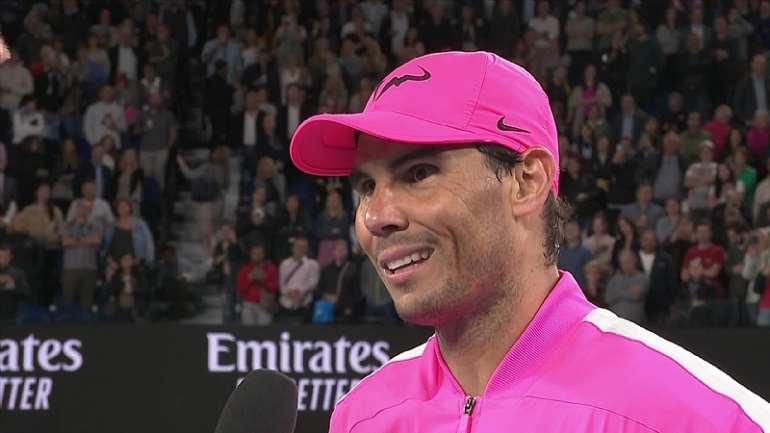 Earlier, Nadal's serve routine was mimicked by both Nick Kyrgios and Gilles Simon during the former's second-round win on Melbourne Arena, adding further fuel to the fire ahead of a potential fourth-round showdown with the temperamental Aussie.