I Did Not Incite Supporters Against Referee - Kotoko PRO 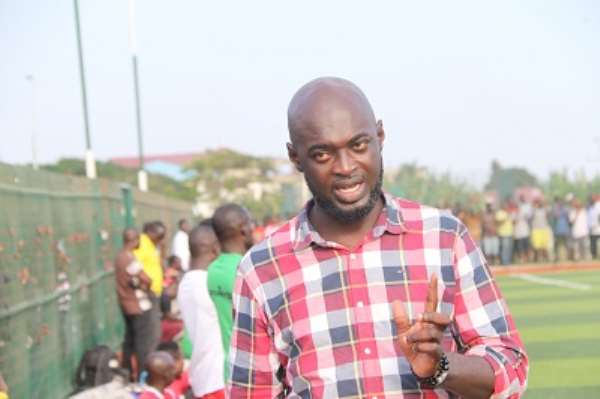 The Communications Director of Asante Kotoko, Kennedy Boakye Ansah says he is innocent after he was slapped with a five-game ban from all football-related activities for misconduct and a fine of GH 5000.

According to him, he did nothing to incite the supporters and is scandalized that such a decision has been taking against him.

Boakye Ansah says that he stepped into the inner perimeter to plead with the spectators to stop hurling missiles and did nothing to incite them.

He also says that If he decides to accept the decision by the GFA, it will mean he is the reason why the Kotoko fan was shot in the eye.

"I only went on the pitch or inner perimeter to beg the fans to calm down and there is video evidence all over the place to support his claim," he told Kumasi based Kessben Fm.

“I will not accept it and Kotoko is not guilty in this matter.

“Kennedy Boakye Ansah, I am not guilty”, he said.

Kennedy Boakye Ansah alongside the teams operation's manager Perusha have been slapped with a five-game ban and a GHC5000 fine for inciting the club's supporters to misconduct themselves in the one nil home defeat to Berekum Chelsea at the Baba Yara Sports Stadium.