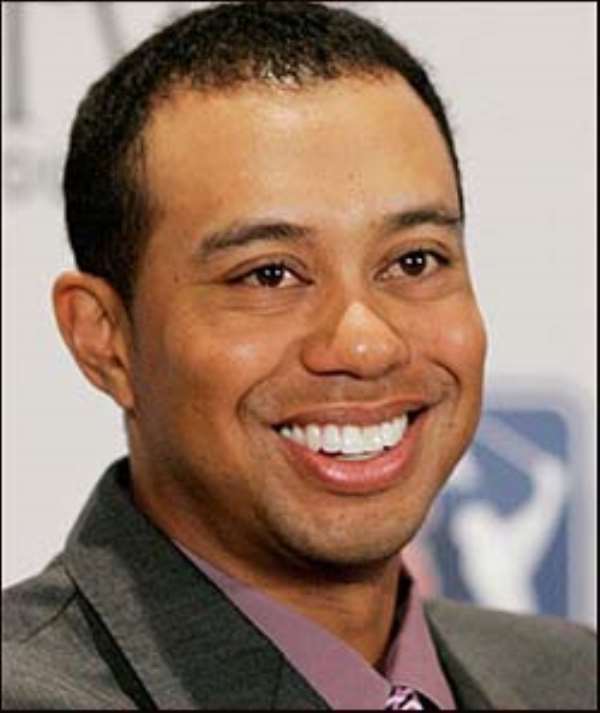 SAN DIEGO, CALIFORNIA – The stakes are simple for Tiger Woods. Win just once more on the PGA TOUR and become its all-time record-holder for most victories in a career.

There is perhaps no better place to set such history than here at Torrey Pines, where Woods will make his first start of the year at the Farmers Insurance Open. Woods has won an incredible eight times here in his career.

“I have always enjoyed coming down here to Torrey Pines,” Woods said Tuesday. “Played here in junior golf and obviously played well here as a professional. My dad brought me down here when it was the old Andy Williams, so it's been near and dear to my heart for a number of years and I’m looking forward to getting out there and playing this year.”

The entire world is looking forward to watching Woods once again, who before arriving in San Diego played just one round of golf over the last five weeks. He has not played in a competitive event since captaining the U.S. Team to a Presidents Cup victory in mid-December and didn’t truly begin preparations for the season until early January.

“I just wanted to get away from it,” he said. “I was a little bit fried physically, mentally and emotionally and just wanted to have it all end. Played on my birthday with my son and we had a great time. Very similar to what I used to do with my dad on each and every one of my birthdays when my dad was still alive.”

But the competition will begin in earnest on Thursday, where Woods is set to face off against a strong field that also includes defending champion Justin Rose, the eight-ranked player in the world.

“(For Woods) to come back from (four back surgeries), all the credit,” Rose said. “I think everyone was willing and wanting it to happen and maybe not many thought it would happen, but now he's back to where he is, he looks very comfortable, he looks in control and it looks like it's certainly here to stay. It's great.”

The weight of history is no doubt heavy on Woods’ shoulders, as he attempts to finally surpass Sam Snead on the PGA TOUR’s all-time wins list with an 83rd victory. The 2020 year also has him three wins away from matching Jack Nicklaus with 18 major championships, while the return of golf to the Olympic Games in Tokyo also remains top of mind.

Woods is currently the last U.S. golfer in the Olympic Games field behind Brooks Koepka, Justin Thomas and Dustin Johnson.

“For the U.S. guys, we're going to have to play well (to make the Olympics),” Woods said. “There’s so much golf to be played, so many big events, major championships, PLAYERS, World Golf Championships. There's a lot of golf to be played. There will be some pretty good fluctuating over the next six months.”

That fluctuating could begin as soon as this week, where Woods will go for an eighth Farmers Insurance Open title. He also won the U.S. Open here in 2008.

All told, more than 10 percent of his career victories have come at Torrey Pines.

“Well, it's being able to win consistently and win a lot,” he said. “I think in the course of my career I've won about five times in a year like 10 times. So you've got to get it in bunches if you want to get to 82 total.

“There’s different ways to doing it,” he added. “I think winning breeds winning. When I won other golf tournaments, I felt more confident going into major championships and I was able to take off some of the majors because of it.”