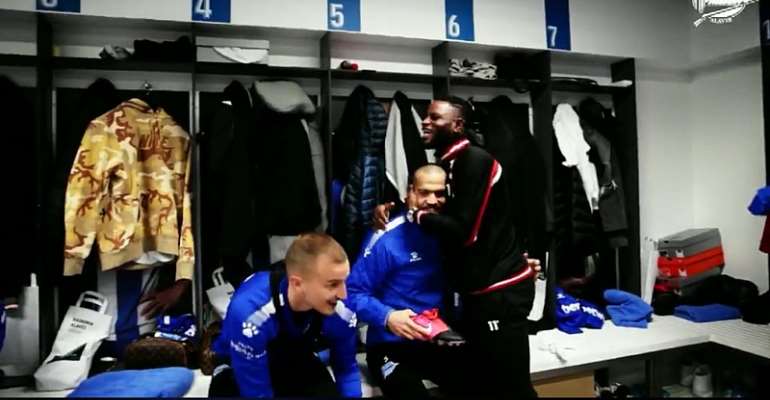 The Black Stars midfield dynamo sealed his transfer to the Chinese Super League club earlier today where he has penned a three-year contract in a deal worth $3 million.

After visiting his Deportivo Alaves teammates to bid them farewell, he also took to his official Twitter handle to pen an emotional message to the club. In the message, he expressed his appreciation to the club while indicating that it was a difficult decision to take to leave the Spain-based side.

“Great moment. great time. Great life. Great memories. Great experience words can’t describe my feelings right now wasn’t easy for me to accept my exit from you guys but in the other way I was also thought of the benefits for both sides ✊ a big THANKS to Deportivo Alaves”, Wakaso posted.

His official unveiling to fans of Jiangsu Sunning is expected to follow tomorrow before he begins training with his new teammates.