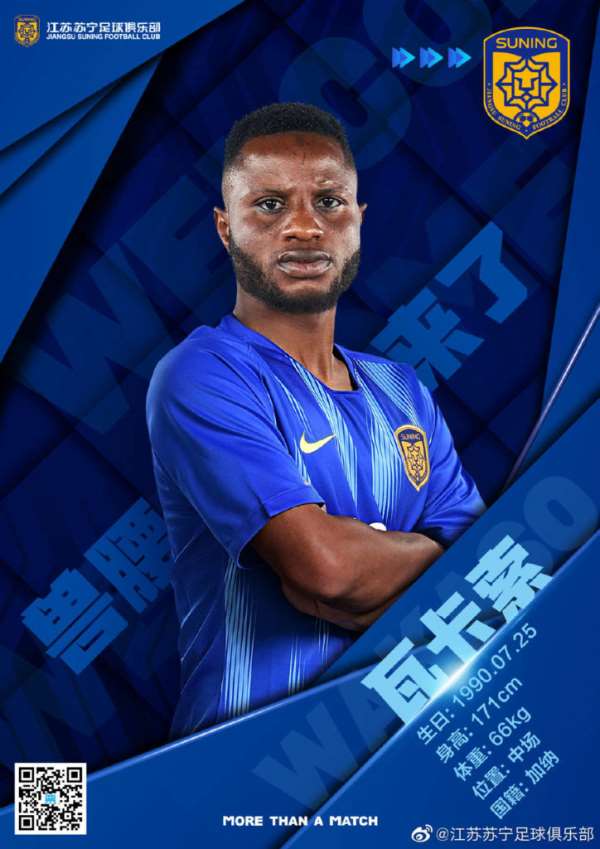 Chinese Super League side Jiangsu Suning has announced that they have completed the signing of Ghanaian international Mubarak Wakaso, Modernghana Sports can report.

The enterprising midfielder who is known for his work ethic has been signed from Spanish La Liga side Deportivo Alaves after spending three years with the club.

The Black Stars asset has put pen on paper to sign a three-year contract following a successful medical examination on Monday in Italy. His transfer has seen Alaves earning $3 million.

Mubarak Wakaso has been signed by Jiangsu Suning to give them a squad boost ahead of the start of the Chinese Super League where they are aiming to clinch the title.

The 29-year-old will bring his experience to bear after playing in Europe for the past decade. Jiangsu Suning becomes the 13th club he will play for in his professional career and he will hope to chalk success at the end of his stay.