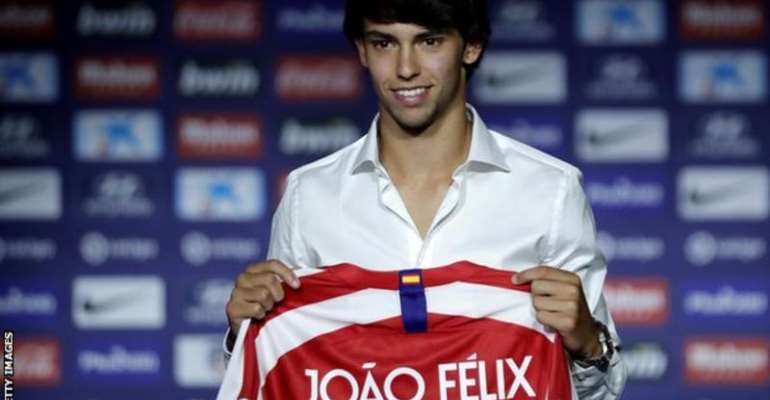 A record $7.35bn (£5.6bn) was spent on transfers in men's football during 2019, according to a report by world governing body Fifa.

The figure is an increase of more than 5.8% on 2018 when it comes to transfers across the globe.

The United States had the most players - at almost 20% - of the 833 transfers made in the women's game.

"It is remarkable to see a new record number of transfers in the men's market," said Fifa chief legal and compliance officer Dr Emilio Garcia Silvero.

"We observe, as well, increasing all-round figures in the women's market, which is a sign of the positive overall development of women's football over the last year which we trust will continue in 2020."

Key points from the men's report

Key points from the women's report: