Australian Open: Novak Djokovic Into Third Round, Matteo Berrettini Out 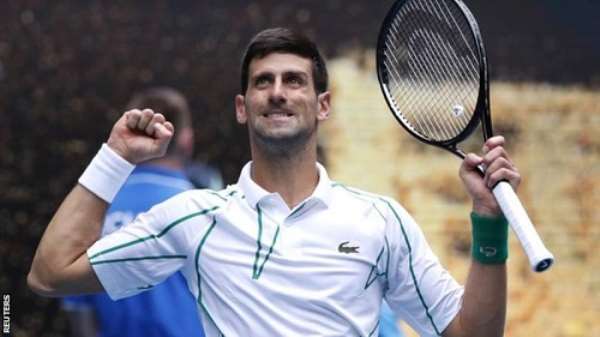 Defending champion Novak Djokovic made short work of Japanese wildcard Tatsuma Ito as he progressed to the Australian Open third round on Wednesday.

The Serb now faces Japan's Yoshihito Nishioka after he knocked out British number one Dan Evans in straight sets.

Meanwhile, sixth seed Stefanos Tsitsipas did not even have to hit a ball as he reached the last 32 after opponent Philipp Kohlschreiber withdrew injured.

Organisers said the 36-year-old German had a muscle strain.

Greece's Tsitsipas, 21, will face Canadian Milos Raonic or Cristian Garin of Chile in the third round.

You can listen to live commentary on some of the day's action from 07:00 GMT on Tennis Breakfast on BBC 5 Live Sports Extra and follow live text commentary.