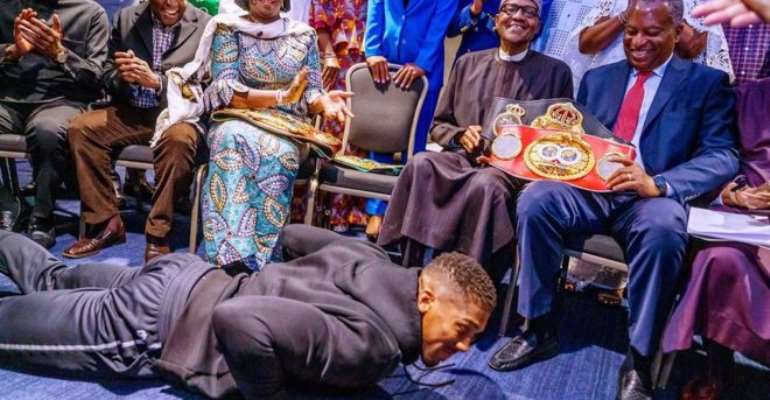 Joshua, who is of Nigerian descent, also told the gathering he would “stand up for Nigeria” whenever it was needed.

The pictures have had a mixed response on social media, with critics of Mr. Buhari angry that Joshua didn’t raise the challenges faced by Nigerian youth.

Joshua said in an Instagram story: “It’s not about politics. It’s about culture and respect for our elders.”

Others, however, have praised Joshua for embracing his Nigerian roots, and for prostrating before Mr Buhari – a traditional show of respect to one’s elders.

President Buhari is in London for the first UK-Africa Investment Summit, which is being held on 20 January.

Footage of the earlier meeting in the British capital was also later posted on YouTube by Nigerian broadcaster Channels.

One of President Buhari’s aides, Tolu Ogunlesi, posted photos of the meeting on Twitter, writing: “AJ!!! Today in London with the president.”