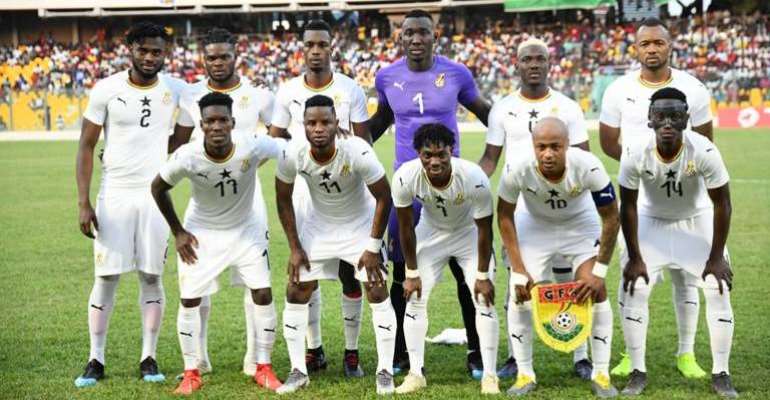 South Africa were drawn in Group G of the 2022 World Cup qualifiers on Tuesday night to face Ghana but they will certainly be second-favourites to win the group, behind the Black Stars.

Bafana Bafana are already playing Ghana in qualification for the 2021 Africa Cup of Nations and the Black Stars easily defeated them in their first clash in Cape Coast just two months ago.

Ghana beat Bafana 2-0 in November in their opening Group C match of Afcon 2021 qualifying, and top the group with six points out of six, though the difference there is that the top two sides in the group will make it to Cameroon.

The stakes in Fifa World Cup qualifying are far higher, with only the group winners making it to the final round of qualifying, where there will be five home-and-away play-offs to decide on the five-team that will play at Qatar 2022.

And Ghana is under-performing by their high standards too, having failed to make it past the last 16 at Afcon 2019.

A new regime at the GFA sacked head coach Kwesi Appiah this month, replacing him with his assistant coach Charles Kwabla Akonnor.

Zimbabwe, meanwhile, will be familiar opponents for Bafana, even though the two teams have rarely met in Africa Cup of Nations or Fifa World Cup qualifying.

Many of the Warriors’ top players ply their trade or have plied their trade in the Absa Premiership, with Kaizer Chiefs’ Khama Billiat and former Kaizer Chiefs man Knowledge Musona, who now plays in Belgium, two of the star men in attack.

Ethiopia will be the underdogs in the group, but Bafana will have to be wary of a side that stunned them in qualifying for the 2014 Fifa World Cup.

A 1-1 draw in Rustenburg led to the sacking of Pitso Mosimane, while Ethiopia then beat Bafana in Addis Ababa to top the group and knock Gordon Igesund’s side out of the competition.

Government extends electricity to seven communities in Savan...
34 minutes ago