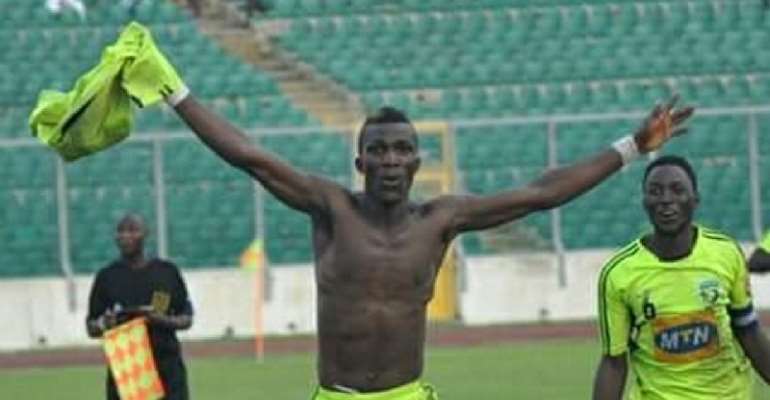 Hearts of Oak striker, Abednego Tetteh says he is prepared to feature against Asante Kotoko on Sunday.

The Phobain club will host their sworn rivals at the Accra Sports Stadium on Sunday in the matchday six fixtures at 15:00GMT.

After completing his paper works, the former Bechem United striker believes he is ready and fit to play against the Porcupine Warriors.

“I have watched the last three games Hearts of Oak have played and I think the team is strong,” he said.

“Against Liberty Professionals in Dansoman, the team was superb but I am looking forward to play against Kotoko on Sunday.

“It will be a difficult match but Hearts of Oak will definitely win,” he added.

The lanky forward joined the club after a successful trial.