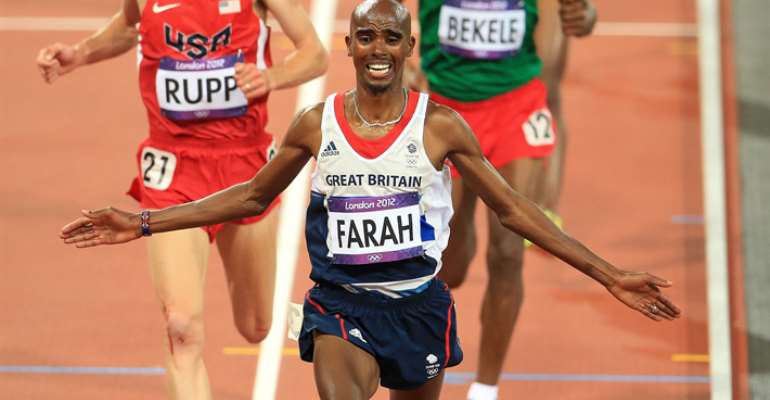 Mo Farah says he is “happy for any anti-doping body” to test any of his previous blood and urine samples.

The World Anti-Doping Agency (Wada) has said it will investigate all athletes who trained with Farah’s banned former coach Alberto Salazar.

Salazar was found guilty of doping violations and banned for four years.

UK Anti-Doping (Ukad) said on Friday it would need “credible evidence” a sample contained a banned substance before handing it over to any investigation.

“I’ve seen reports of my name in connection to Ukad and Wada about sample retesting,” said four-time Olympic champion Farah on Twitter.

“Just to be clear, I was not consulted about this and as I’ve said many times, I am happy for any anti-doping body to test any of my previous samples anytime.”

Salazar was banned in October after a four-year investigation by the US Anti-Doping Agency (Usada), with Dr. Jeffrey Brown, a Nike-paid endocrinologist who treated many of Salazar’s athletes, receiving the same sanction.

Both Salazar and Brown have lodged appeals with the Court of Arbitration for Sport.

Britain’s Farah left the Nike Oregon Project headed up by Salazar in 2017, the same year in which the coach was charged by Usada.

But that was more than two years after BBC Panorama revealed allegations of doping and unethical practices at the US training base in Oregon in 2015.

Farah has never failed a drug test and has always strongly denied breaking any rules.

He told BBC Sport earlier this month that he would have been “the first one out” had he known Salazar faced a ban for doping violations.

In November, Ukad said it would work with Wada in its investigation into athletes who trained with Salazar.

"When asked if Wada had requested samples to re-test, Ukad chief executive Nicole Sapstead said: “We’ve had no communication from Wada on that point but I would want to make it very clear that we’re here to assist any anti-doping organization in their endeavours and if there’s anything we can do to help them then we’d be happy to do so.”

In 2017, Ukad declined a request from Usada to hand over Farah’s historic samples, saying it was concerned such samples can degrade if retested or sent to a different location, undermining any future reanalysis.

Sapstead reiterated this concern on Friday, adding: “I was simply saying to Usada: ‘You need to be able to give me credible evidence about what it is you want to look for, rather than this just being a trawling expedition’.

“If any partner comes forward and says: ‘I have evidence to suggest this might be present in these athletes and this is part of an ongoing investigation,’ I’ll be the first one to say: ‘Help yourself. How can we help you?’

“But I’m not going to risk samples that we hold in storage that could enable us to re-test when the science moves along.”

Farah confirmed in November that he will return to track competition in 2020 to defend his Olympic 10,000m title at the Tokyo Games.