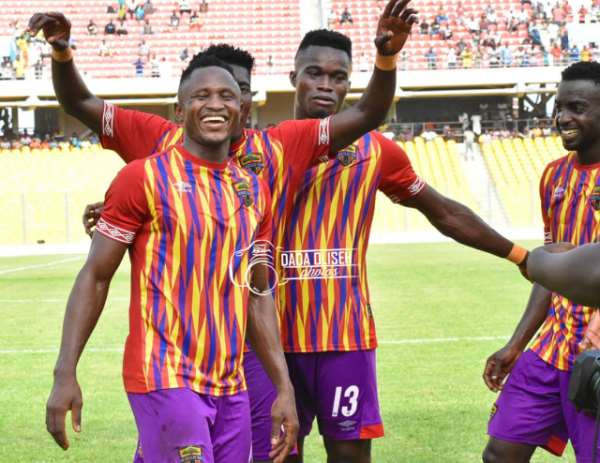 Board Member of Hearts of Oak, Mr Frank Nelson has hailed interim coach, EdwardNii Odoom for reviving teh club adding that the team is now playing better with pressing football.

The former Tema Youth gaffer was named as the interim trainer following the exit of Kim Grant.

In an interview with FOX FM, Mr Nelson stated that new coach Edward Odoom has a good relationship with his players and the players want to play for him.

"Coach Edward Odoom looking at the work he is doing, he has played 4 matches, won one, drawn one losing two, it's a great result for him, it's not to say Kim Grant can't do the same thing but if you check the first game in the Normalization games we played now you can see that the type of game Odoom is playing now, in my opinion, there is a lot of difference in it.

"I see that Odoom makes the boys play pressing football, he has a relationship with the boys so the boys work for him, they want to see the coach winning because they know he was a head coach in the junior team and has been brought in to be acting head coach, so the boys are playing well", he stressed

Mr. Nelson also commended coach Odoom for his magical substitutions against Liberty Professionals which helped them to come back to win the match.

"If you check the substitution he made, the boys he brought as substitutes the game they played you can see they knew that they need to work for the coach, so I feel what Odoom is doing, it's not that nobody can do same but he is doing well for us", he concluded.