2022 FIFA WCQ: We Must Work Hard To Qualify For Next Round, Says Black Stars Coach CK Akonnor 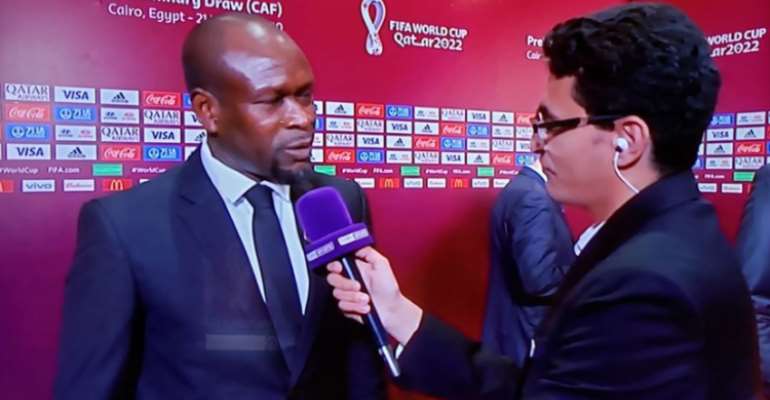 Newly appointed Black Stars head coach, Charles Kwablah Akonnor says Ghana must put in hard work to enable them to make it to the next round of the Qatar Fifa 2022 World Cup qualifiers.

Ghana will have to play regular opponents Bafana Bafana of South Africa after being drawn in Group G.

Completing the Black Stars easy group are Ethiopia and Zimbabwe.

The 2010 World Cup quarter-finalists will be hoping to make their fourth appearance at the global showpiece in Qatar in 2022, having previously participated in the Germany 2006, South Africa 2010 and Brazil 2014 tournaments.

However, Aknnor who captained the Black Stars during his playing days, speaking in an interview after the draw in Cairo on Tuesday afternoon, was not complacent about the draw, indicating that it will only take hard work for the Black Stars to book a spot for the global showpiece 2022 in Qatar.

The leaders of each group will qualify to the third round where they will be drawn into five home-and-away ties.

Coach CK Akonnor’s side were placed in pot one together with Senegal, Tunisia, Nigeria, Algeria, Morocco, Egypt, Cameroon, Mali and Congo DR before the final draw.