Australian Open: Maria Sharapova Set To Drop Out Of Top 350 After Defeat 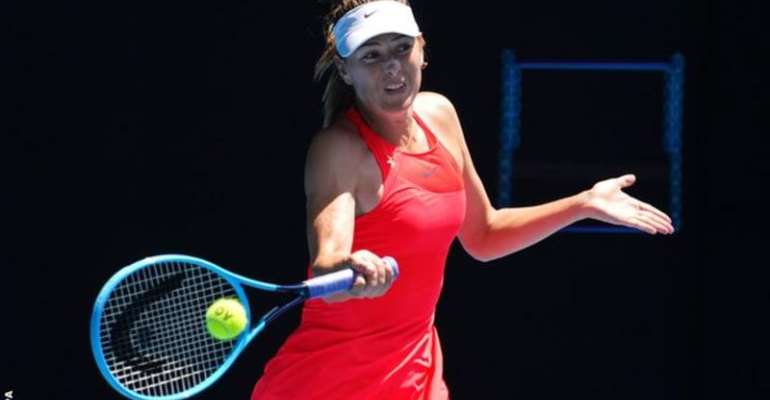 Maria Sharapova is not sure if she will be at the Australian Open next year, with a first-round exit meaning she is set to drop out of the world's top 350.

It was only the Russian's second competitive outing since September's US Open because of a shoulder injury.

Asked whether this might be her last appearance at the tournament, she said: "I don't know. I don't know."

The 32-year-old, who was given a wildcard, added: "I was fortunate to get myself to be here and thanks to [the organisers for] allowing me to be part of this event.

"It's tough for me to tell what's going to happen in 12 months' time."

This was the former world number one's earliest exit at the Australian Open since 2010 and she has now gone out in the first round in her past three Grand Slams.

"I put myself out there. As tough as it was, I finished the match and it wasn't the way that I wanted," she said.

World number two Karolina Pliskova raced through the first set before having to work hard in the second as she beat Kristina Mladenovic to reach the second round.

It was a tricky draw for the second seed, with Mladenovic a former top-10 player who helped France win the Fed Cup in November.

Pliskova is unbeaten in 2020, winning the Brisbane International this month.

"We had some good matches in the past and it was tough mentally in the second set," said Pliskova, who had shared a 2-2 record against Mladenovic before this match.

In the next round, the 27-year-old will play German world number 72 Laura Siegemund or American wild card Coco Vandeweghe, who is a former world number nine.

There are 96 singles matches taking place at Melbourne Park on Tuesday after rain disrupted the opening day's play.