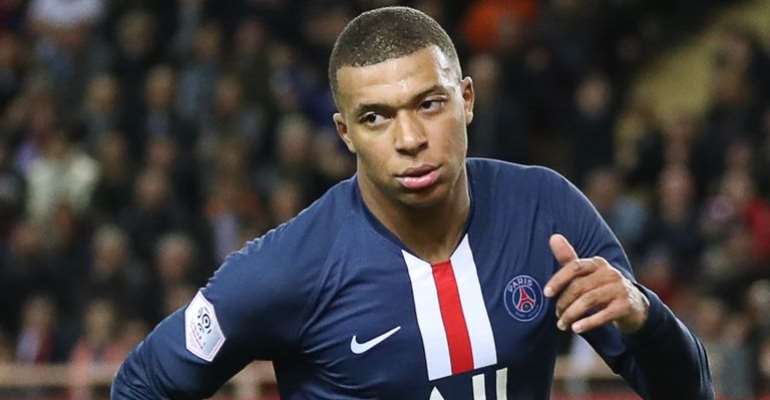 Paris St-Germain striker Kylian Mbappe has described Liverpool as "a machine" as they aim to clinch their first league title since 1990, and has told BBC Sport he is "100%" happy in the French capital as he continues to be linked with Real Madrid.

Liverpool have also been linked with Mbappe - regarded by many as the best young player in the world - despite manager Jurgen Klopp saying the striker is out of his club's price range.

And while the 21-year-old World Cup winner, who joined PSG in 2017 in a transfer worth £165.7m, reaffirmed his commitment to his current club at the launch of his charity, 'Inspired by Kylian Mbappe (IBKM)', he says he watches Liverpool's title charge with admiration.

"What Liverpool do in this moment is amazing," Mbappe said. "They're like a machine, they've found a rhythm and are like 'we play again, we play again'.

Mbappe grabbed the attention of Premier League clubs by scoring twice as Monaco knocked Manchester City out of the Champions League in 2016-17.

That summer he joined PSG, initially on a season-long loan, before being named best young player as he helped France win the 2018 World Cup.

This season he is aiming to help PSG win a third straight French title but has repeatedly been linked with a move to Spanish giants Real Madrid.

"Everyone talks about it - when I was young I talked about it too," said Mbappe. "But now I'm a player and I know it's not the moment.

"We are in January - it's the money time of the season. Imagine I answer your question and say something. Everybody will talk about it and it's not good for PSG.

"I think about the club because the club helped me. I came here at 18. I was a talent but I was not a superstar. Now I'm a superstar, thanks to PSG and the French national team.

"I have to stay calm and stay focused on PSG. After that, at the end of the season, we will see. But now I'm focused on my game."

As well as winning Ligue 1 this year, Mbappe hopes to help PSG win the Champions League for the first time, and win Euro 2020 and the Olympic Games with France.

Asked what was on his wish-list for 2020, he said: "It would be a treble of Champions League, European Championship and Olympic Games. That wouldn't be bad.

"That seems unattainable for the time being but I'm going to make sure I fulfil this dream. It would be a proud moment to be able to win the first European [Cup] for PSG and for our country to keep winning."