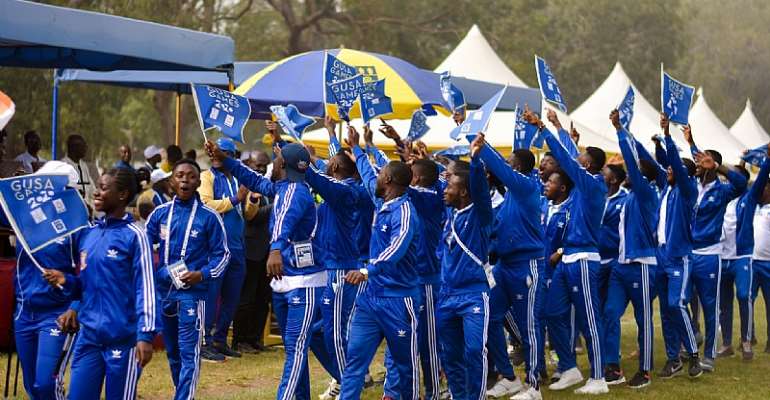 Team Ghana Institute of Journalism (GIJ) has been commended for their good performance at the 26th Ghana University Sports Association (GUSA) Games which ended over the weekend at Legon.

Mr Mathias Tibu, head of academic affairs at the GIJ said their output at their first appearance was over average because they did well to beat some schools in football and other games.

According to Tibu, the GIJ has some good sporting talents who will blossom in the near future.

“Just watch out for GIJ in the coming years,” he said.

He expressed that GIJ lacks sports infrastructure but have the human resources with the skills to do sports.

He called on the government and other corporate bodies to support the premier specialized communications university in Ghana.

University of Cape Coast (UCC) won the 2020 GUSA Games with a total of 64 points, made up of 28 gold, 23 silver and 13 bronze medals. They were followed by University of Education, Winneba (UEW) in second and University of Developmental Studies (UDS) at third place.

University of Energy and Natural Resources (UENR) got one bronze medal to placed sixth as GIJ took the seventh position with no medal.

Other institutions that had no medal were GIMPA, UMAT, UHAS and UPSA.

The 2020 GUSA Games, which is the 26th edition was well organized and patronaged.

A number of records were broken, and the rivalry among the schools was healthy and competitive.