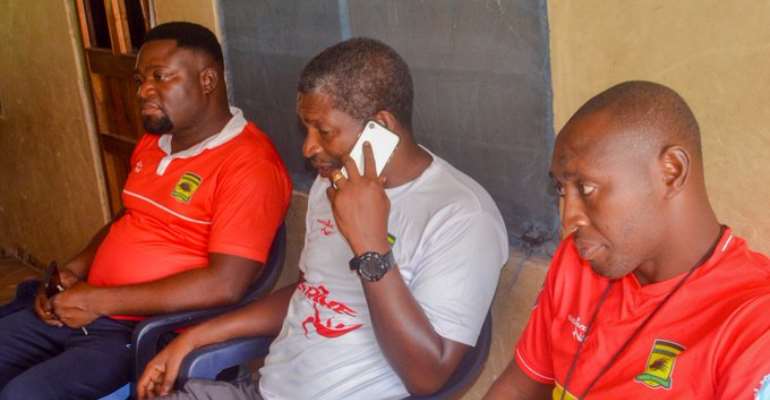 Augustine Opoku, the Kumasi Asante Kotoko supporter who was shot by a Police Officer after the team’s clash with Berekum Chelsea last week has called on Coach Maxwell Konadu and his charges to beat Hearts of Oak next weekend.

The supporter sustained gunshot wounds and was left in critical condition when the Porcupine Warriors lost 1-0 to Berekum Chelsea on Match Week 3 of the 2019/2020 Ghana Premier League season.

Following a visit by head coach Maxwell Konadu earlier today, it has been revealed that Augustine Opoku is responding to treatment very from the Komfo Anokye Teaching Hospital.

It further stressed that the injured supporter has urged coach Maxwell Konadu and the playing body to beat Hearts of Oak when they face the side on Sunday on Match Week 6 of the Ghana Premier League.

“Our brother is doing well and even asked that we beat Hearts for him on Sunday”, the statement concluded.

The clash between Hearts of Oak and Asante Kotoko will be played at the Accra Sports Stadium and will kick off at 15:00GMT.