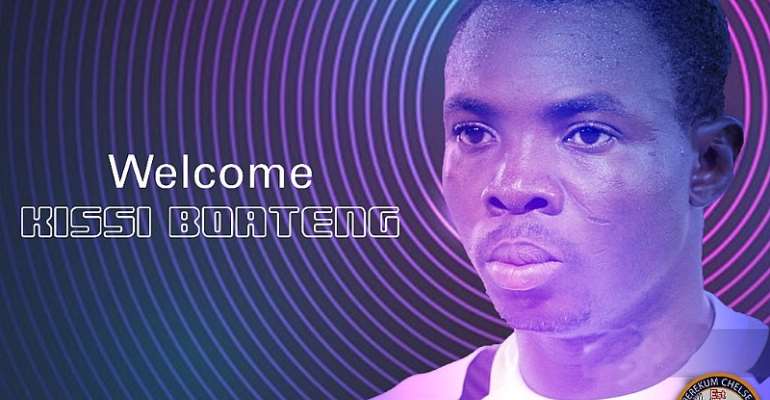 Ghana Premier League side Berekum Chelsea has confirmed the signing of experienced left-back Ricard Kissi Boateng to strengthen their squad in the ongoing season.

In a bid to add depth to the team, the Blues have secured the signing of former defender Richard Kissi Boateng on a long-term contract as he joins on a free transfer.

The former TP Mazembe defender has returned to Berekum Chelsea and will be expected to play a vital role in their quest to challenge for the Ghana Premier League title.