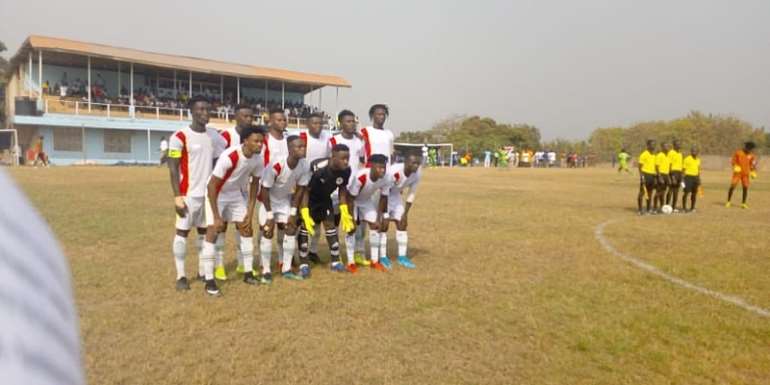 Bechem United has posted a 1-0 defeat over Techiman Eleven Wonders today to go 6th on the standings of the ongoing 2019/2020 Ghana Premier League (GPL) season.

The Bechem-based club has been inconsistent in the ongoing Ghanaian top-flight season but has managed to bag important points both at home and on the road.

In a Match Week 5 fixture today, the team hosted struggling Techiman Eleven Wonders at the Bechem Park to battle for the available 3 points. A good start to the match saw the host coming close to taking the lead but could not add the finishing touch.

Later in the first half, a 41st-minute strike from Prince Adu Kwabena handed Bechem United the lead to take into the break.

After recess, the two teams displayed quality football in search of the equalizer that would have turned the match on its head.

A compact defensive play from Bechem United stopped Eleven Wonders in their tracks as the match eventually ended 1-0 in favour of the Bechem-based side.

The winners have now risen on the Ghana Premier League standings and currently sits 6th above favorites Accra Hearts of Oak and Kumasi Asante Kotoko.